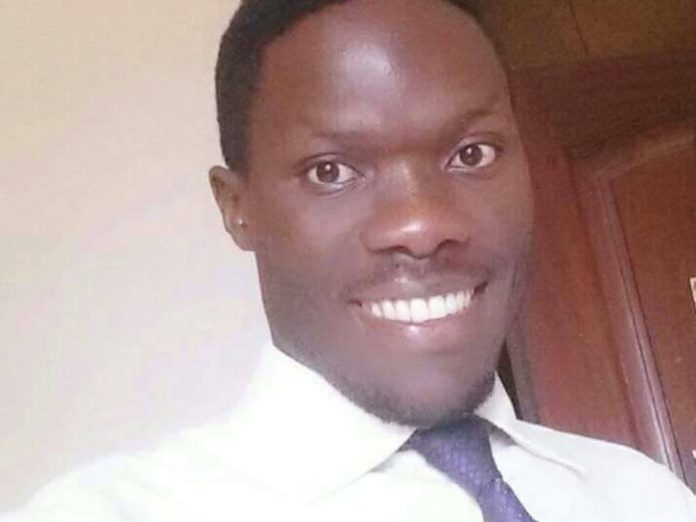 Yesterday Makerere University and Mitchell Hall in particular was dominated by grief and mourning after the death of one its elder residents and Makerere University finalist from FEMA Ronald Ibanda who died yesterday under unclear circumstances. Ibanda was popular after his political run where he contested as Chairman last year against Aziz and Katana, both residents of Mitchel Hall.

Several students most especially those from Mitchell and Complex hall have come out and talked about Ibanda as a good friend, hustler and known for jazzing about women, work and also jokes about Basoga and Banyankole. According to Godwin Toko, a senior resident at Mitchell hall while talking a local campus tabloid revealed that Ibanda was admitted at the University hospital near Ham Towers after complaining about headache. He was later discharged and has been residing at home for the past few days where he passed on.

Our hearts are in are in total meltdown. Personally I can’t believe that I am padding my final words about you. Your personality, humbleness and humility and friendliness are incomparable” said Abaho Herbert, his closest friend who also revealed that the deceased had intentions to contest as LC 5 Chairman for Jinja District in the year 2017.

We shall keep you posted about the burial and other arrangements here at Flash Ugadna media. May your soul rest in Peace Ronald Ibanda.