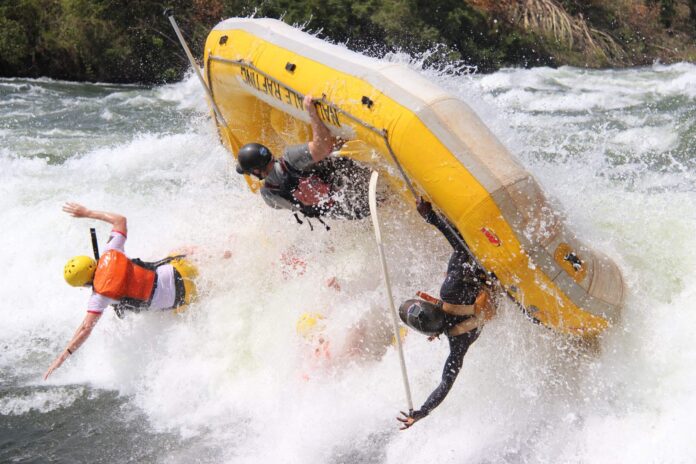 White water rafting along the Nile and through Jinja will be an amazing experience. Jinja used to be a fishing village on the banks of the Nile.

If you are interested in white water rafting in Uganda, along the Nile, and through Jinja, you should consider this trip. Jinja used to be nothing more than a little fishing village on the banks of the Nile.

However, things changed for the better when John Hannington Speak discovered the source of the river Nile and the British colonists arrived.

The fishing settlement transformed into a sizable commerce hub when Uganda was made a colony of Britain, and the Nile River served as a crucial crossing point to the country’s eastern region to Kenya. As more and more Europeans, Indians, and Ugandans moved there, the town kept expanding.

From then on, Jinja rapidly developed into Uganda’s most industrialized town, especially after the introduction of the railway and hydroelectric power. But again, Jinja started to lose its status as Uganda’s industrial center during the chaotic Idi Amin period, which lasted from 1972 to 1979.

As a result of Idi Amin’s expulsion of all Asians from Uganda, which deprived the industries of the necessary expertise, the downward trend persisted. Even after the Asians returned, Jinja never regained its position. As Uganda’s industrial hub, Kampala has now surpassed it.

However, despite losing its industrial position, tourism has flourished, so all is not lost. Tourists can still visit Jinja to experience and see the splendor of Africa and Uganda as a whole.

Why should you go water rafting in Jinja?

Do you struggle with maintaining composure when you’re put under stress? Then you must try this activity. White water rafting is a water sport that shows participants how to maintain composure under strain.

It is among the top activities to do in Uganda. Water has been available from the Nile for many civilizations and it still is happening. When you go whitewater rafting in Jinja, you pass through wild, tumultuous rapids in the middle of the Nile.

The best white water rafting opportunities in Africa may be found in grade 4 and grade 5 Nile rapids in Jinja. Compared to those on the Zambezi River, the rapids run with more force and volume.

Whitewater rafting is still possible despite the devastation of some Grade 5 rapids including Namizi, The Bad Place, and Kyabirwa caused by the recent construction of the Bujagali and Isimba dams.

Rafting outfitters have had to adapt and move their starting point and general route farther downstream while still providing the same thrill and breathtaking beauty as they did before.

White water rafting in Jinja: What to expect

Breakfast is served first thing in the morning before being transported to the river’s banks for the day of whitewater rafting. It is a must for all participants to leave their valuables and dry clothing in the staff’s car.

The teams receive safety and expectations orientation. Guides who are very skilled and educated about the area and rapids oversee the orientation. To guarantee that all rafters have the most enjoyable experience possible, they carefully consider every area of safety.

Other subjects discussed include how to safely grab the rope, how to paddle, and how to exit the raft safely. If participants trip over while holding their breath, they are instructed to maintain as much composure as possible.

Individuals are given the option to select an easy or difficult route before the activity starts. Grade 3 rafting is an option for those who aren’t ready for Levels 4 and 5.

Families can choose to take the slower family float excursion, which is intended to let them enjoy the river without experiencing the main rapids.

Each participant must sign a document outlining any medical conditions. If you have high blood pressure or anemia, you cannot go white water rafting.

The activity can start After the orientation is over and the helmets and rain coats are secured. Before the downstream rapids become more powerful and dramatic, the first mile or so provides the guides more time to thoroughly instruct all participants.

When you get to a rapid, the guides organize a vote to decide whether to take the simple route (edges) or the difficult route (middle). There is nothing you can do but get ready for the challenge if the majority choose to go the difficult route.

The most powerful currents are taken by the skilled rafters so they can topple over. If the team leader is in charge of a group of inexperienced participants, they should approach each rapidly at its easiest or weakest point to prevent accidents.

Each rapid presents a varied experience that is largely dependent on the lead guide’s navigation.

There are nine major rapids on the main route, four of which are grade 5. The rapids intensify and speed up as you move downstream.

Between the rapids, there are calm waterways and islands where visitors may unwind, go swimming, eat lunch, or simply take in the breathtaking view. Whitewater rafting can take you up to 26 kilometers in a single day.

On your whitewater rafting excursion in Jinja, expect to see residents fishing and hanging out by the river to dry their clothes. With more than 100 species, the river in Jinja is a birder’s delight. Vervet monkeys may even be seen dangling from trees along the riverbank by keen viewers.

The participants are provided with complimentary beverages and transportation back to the resort at a small party that is held after the exercise.

And that’s just everything you need to know about white water rafting in Jinja. One doesn’t need to worry much about falling on rocks because the Nile has deep waters. Even if the waves are lower, rafting is risky in many nations since you could crash into a rock if you fall.

Due to the little threat posed by the rocks, the guides in Jinja are more inclined to allow the rafts to tip over multiple times. If you’ve been considering rafting in Jinja, you should go ahead and plan the trip because you now have an idea of what to expect.

About four businesses, including Nalubale Rafting, Nile River Explorers, and Adrift, provide whitewater rafting services in Jinja. The activity can be scheduled directly with the company or with a reputable trip operator.

Depending on whether the activity lasts a full or half day, the price of white water rafting ranges from $145 to $255. The most expensive option, 2 Days Jinja Whitewater Rafting, typically begins with a visit of Jinja and the Nile’s source.