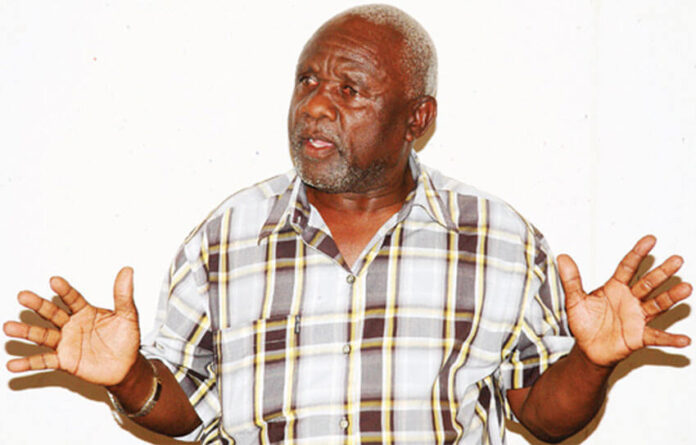 Al Hajji Abdul Nadduli is a Ugandan politician who served as a Minister without Portfolio in the Cabinet of the Republic of Uganda, from June 6 2016 until December 14 2019.

Nadduli served as the LC5 Luweero District Chairperson for three terms on the Central Executive Committee (CEC) since 1998, reelected in 2002 and 2011. He attempted to contest in 2006, but the Electoral Commission disqualified him from the race due to unsatisfying academic qualifications.

He bounced back in 2011 after fighting and winning the academic papers battle, before losing the seat to Ronald Ndaula in the National Resistance Movement (NRM) primaries. He also served as the NRM’s Vice Chairperson for Buganda.

Al Hajji Nadduli once advised Muslims in Kakumiro District and Ugandans at large to produce children as many as they can if they are to protect and preserve Ugandan resources.

He made the remarks at the opening ceremony of Abdullah Muhammad AL Takkawi Mosque that was constructed in Kikoora trading centre, Kakindo Sub County in Kakumiro District by the United Arab Emirates Ambassador to Uganda.

Nadduli first joined politics in 1979 with the advent of the UNLF while serving as his village Chairperson in Makulubita.

Thereafter, Nadduli joined the ranks of the then guerrilla NRA forces where he says he successfully served as a recruitment officer, political leader, and herbal doctor in the bushes of Luweero during the 1980s war.

However, because of his controversial character, Nadduli was jailed in 1985 towards the end of the war. One of his bush warfighters jailed him following an indiscipline case charged against him.

Nadduli was accused of passing a written cheat of paper to the Kabaka of Buganda, Ronald Muwenda Mutebi who had paid a visit to the fighters, which annoyed his bosses. He was incarcerated till 1986 when NRA captured Kampala City.

Nadduli who is at the rank of Lieutenant rarely refers to himself by that rank. After capturing power in 1986, Nadduli worked as a political commissar in the then NRA 14th battalion based in Bombo at the time and then later worked in the office of the Mpigi Residence District Commissioner (RDC) as Secretary for Mobilization.

His service in the RDC’s office was short-lived because of the differences he had with the then Chairperson of Luweero District, Deo Nsereko. He sacked him.

Then in 1994, Abdul Nadduli contested for the Katikamu Constituent Assembly seat but lost the race to Bwanika Bbaale. In 1996, Nadduli attempted to run as Katikamu North legislator but stepped down in favour of Maj. James Kinobe, who was his close ally.

Now following his defeat in the NRM primaries, Nadduli publically announced that he’s stepping out of politics.

Abdul Nadduli is one of the most courageous, charismatic and inspiring NRM advocate and uncompromising Buganda traditionalist in Uganda, a welcoming leader, a well-informed comedian who always make people laugh while delivering his speeches, a reliable leader, informed and an eloquent mobiliser.

The former NRM Liberation fighter has no greed for material wealth. He confesses that there’s nothing tangible he accumulated from the NRM government he has served for many years but supports it passionately.

According to Nadduli, being a leader in Luweero is the biggest achievement he can show. And he’s always been accused of being non-tolerant to his critics, particularly those who undertook his leadership.

Al Hajji Abdul Nadduli was born in Kaddunda current Nakaseke District on December 22, 1942, to Ali Nadduli (late). Nadduli who spent most of his time in Kikyusa claims to have tried studying several courses but dropped out of school each time in favour of politics or making money.

Among the courses, he attempted to pursue include Journalism through correspondence with a South African institution whose name he doesn’t want to mention.

In 1973, Nadduli says he registered with Makerere Centre for Continuing Education to study History and Government but dropped out before completing his studies.

Also in his story, Nadduli taught history subjects at a private secondary school.

He as well asked other Baganda to join him in processing the rituals to fight for their land.

Also, Al Hajji Nadduli was among the contestants dropped by the Central Executive Committee (CEC) in 2020 ending his service at the top governing body of the NRM party. This happened at State House Entebbe where the vetting process was conducted.

At one point Nadduli cautioned Robert Kyagulanyi aka Bobi Wine from associating with key political figures in the country saying they have hidden agendas.

He claimed that if they were genuine people, they would have cooperated and formed one opposition political party to oust the long-serving NRM government.

One of them is Suleiman Jakana Nadduli who was dropped by EC Nakaseke leadership during the nominations process of the NRM leaning independent candidate for Nakaseke Central Member of Parliament.

Jakana Nadduli was rejected because of the inconsistency in his name that appeared on his ID and academic documents presented before EC.

On Monday 24th October 2022, it was reported that Hajji Abdul Nadduli’s son Jakana Sulaiman Nadduli died at around 1:30am in the morning in his home in wobulenzi Luwero District. It is said that he got un well in the late hours of the night and died as he was being rushed to a near by clinic in wobolunzi town.

The cause of his death is attributed to the accident he got earlier this year (2022) in February as a big lorry knocked them while they were moving on a motorcycle. He sustained serious damages on his body which are said to be the most likely causes of his death.

He was laid to rest at his ancestral home in Kapeeka. May his soul rest in peace 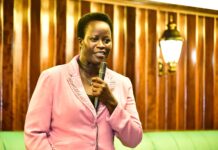 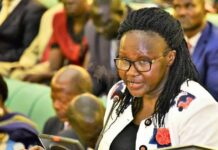 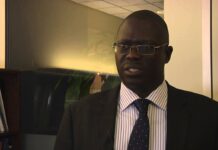