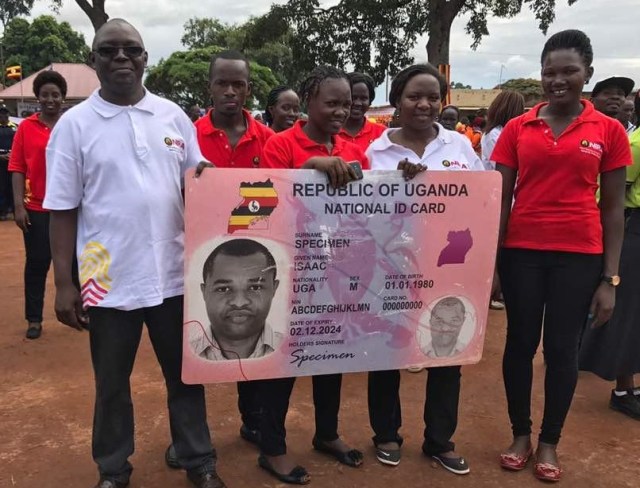 Top officials of the National Identification and Registration Authorities, NIRA spent several hours at State House anti-corruption unit on Monday explaining how bribery ended up in their offices.

These officials later on admitted the allegation of wide spread bribery in the recently unveiled registration process at sub county level and vowed to handle the matter.

Speaking to the media, Lt Col Edith Nakalema, the State House anti-corruption unit boss, said they summoned NIRA officials to reason out the complaint allegedly filed against them.

“The complaints are that, there’s so much extortion by NIRA officials, I think those are allegations and we decided to cause a meeting to hear from the leadership of NIRA. There’s considerably high numbery of calls from the general public from all districts, majority originating from Wakiso, Jinja, Iganga, Kamuli and of course from various centres in Kampala.”

Nakalema continued to say that NIRA team admitted the rot and promised to clean their image.

“The claims are that registration forms are given out at a rate of 2.000 to 10.000Ush that they charge differently. There are complaints of asking for speed money, they call it, that’s between 200. and 500.Ush. Then there’s what they call replacement money10.000 to 50.000Ush and also passport fraud which ranges from 300 to 500Ushs.”

“So, this registration, at sub-counties has caused more registrations than normal. And in this respect it could be one of the reasons why so many incidences of bribery, extortion and corruption have grown up,” Stephen Kwiringira Director operation NIRA added.

Kwiringira proceeded to state that as NIRA they have done what’s within their limit as far as the matter is concerned.

“NIRA has even investigated some cases to the point of prosecution. But needless to say, this is not enough because NIRA’s capability to investigate and conclude cases is still limited.”

Kabeije Winnie, Ag Director Legal NIRA said that they have laid down procedures to correct the already messed ground and completely throw out bribery and corruption in the institution.

“We have so far secured three prosecutions successfully, we have 200 cases which are pending investigations at various stages, and the message we are sending out to the public is that, the statutory period for registration is 90 days. So, we request the public to be patient and for information of the public we don’t do expedites.”