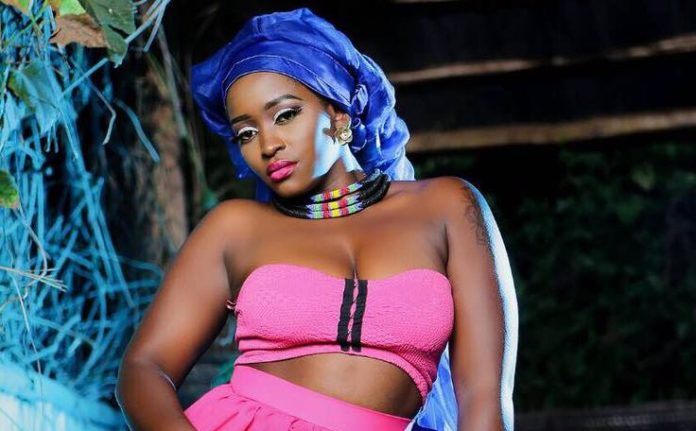 Ugandan music industry is surely on a stable growth rate after signs of appreciation and praises poured by artistes to other fellow artistes they are competing with in the same Industry. The recent one in our latest Uganda celebrity news coming from Cindy to Winnie Nwagi. In the past we have seen singers like Bobi wine appreciating Eddy Kenzo’s music and works, Bebe cool also admitted that King Saha’s Mwana gwe song was one his favourite. Last and the recent recognition by music beast Jose Chameleon who praised Vinka for her ChipNaKetchup hit song. This is interesting.

While appearing on NBS TV’s Katchup show hosted by Douglas Lwanga and the bummy Anita Fabiola, dancehall ‘King’ Cindarella Ssanyu aka Cindy came out publicly and appreciate the embattled Winnie Nwagi for changing the music scene with her energetic performances and dance moves on stage plus her vocal ability.

“I love Winnie Nwagi because she is a great performer. She has changed the whole game of music in Uganda. Nwagi puts up energetic performances and I like that” the still standing hit maker poured praises on Winnie Nwagi.

Winnie Nwagi like other artistes who shined last is musically struggling and is rumored to quit Swangz Avenue claiming that the management is over concentrating on pushing Vinka’s music hence ignoring her career. It should be recalled that the then lead singer of Swangz Avenue, Irene Ntale left Swangz claiming that they had abandoned her music and instead concentrating on Winnie Nwagi.

Whatever moves are taken by Nwagi, Flash Uganda Media shall keep you posted.