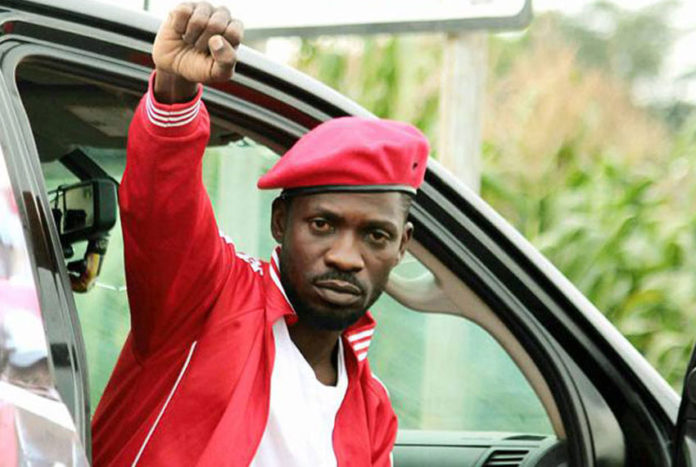 Unlike in the first week of the campaigns, candidates from different camps have gained momentum which has increased chaos during rallies in the halls of residence and also increased competition among candidates and at the moment the most outstanding candidates include Joshua Mukisa, Katerega Julius, Onesmus Mutumba George, Musiri David and FDC’s flag bearer Milly Namuddu.

Unlike previous elections, musician come politician Robert Kyagulanyi Ssentamu aka Bobi wine’s people power movement has dominated this year’s campaigns after over 3 candidates have attached themselves to the movement.

Lumumba Hall’s Joshua Mukisa, Mitchell Hall’s Julius Katerega( just abandoned the UYD flag which he won late last month) and Bachelor of Commerce External’s David Musiri have all called themselves the official flag bearers of People Power, they put on red berets, ties and have used red colours on their banners and posters.

However much Bobi wine has not endorsed any of the three candidates, David Musiri has moved and stroked first by sharing photos of himself with Bobi wine which has resulted into mixed reactions among university students.

It is predicted that one of these candidates, one will become the next guild president of this great institution.