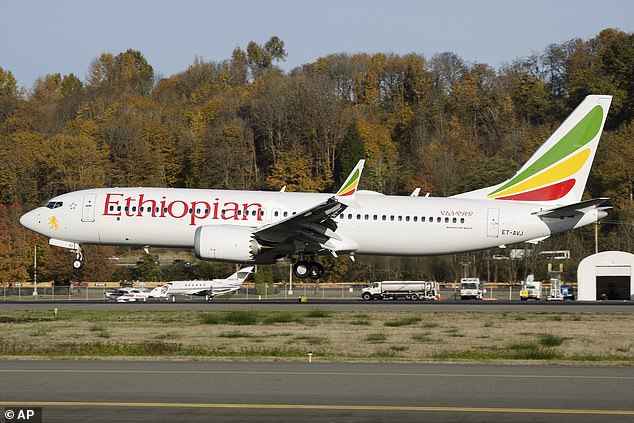 Wall Street Journal on Wednesday 3 April 1019, made reports about the crashed Ethiopian Airlines Boing 737 MAX Aircraft earlier in March 2019, indicating that the pilots followed the exact guidelines stated by the manufactures but they failed to control the situation.

On March 10, the Ethiopian plane crashed shortly after take-off leaving 157 passengers who were aboard dead. This plane killing involving Boeing 737 MAX, was the second in about six-month time, which caused grounding of all Boeing planes worldwide.

In October, 2018, 189 passengers lost lives after a Lion Air craft crashed in Indonesia. This prompted Boeing to issue a reminder note to all emergency guidelines operators to quash a specially planned MAX planes anti-stall system.

At first pilots followed the stated guidelines of turning off the Manoeuvring Characteristics Augmentation System (MCAS), but did not save the situation happening to the plane at the time. This statement is in line with the recent investigation preliminary results by WSJ.

After failing to receive positive results, they again turned on and tried to figure out other alternatives that could save the plane from crashing, but all attempts were unsuccessful.

“The latest details are based on data down loaded from the plane’s Black Box recorders,” according to sources.

However, by the end of this work, the entire public will get to know the preliminary findings of the Ethiopian plane crash.

MCAS was created to automatically lower the craft’s nose if at all it senses a stall or loss of airspeed, which did not happen. So, it’s said it might be the cause of the Boeing 737 MAX accident.

Flight data recordings showed pilots working hard to control the situation Lion Air 737 MAX before it made the accident. It became too hard for the pilot because the craft’s nose continuously moved towards the ground.

More in the findings indicates uniformity in both Lion Air and Ethiopian plane crash that occurred few minutes after take-off.

Last week, Boeing held a meeting with several pilots and journalists to brief them on the preferred MCAS changes. And these included the system no longer repeating making corrections when pilots try to regain control of the situation.

And now, the Boeing 737 MAX, awaits assent for all correction made to see that they return into business.

In the same line of business FAA while at a congressional hearing about the error of Boeing faced harsh interrogations.