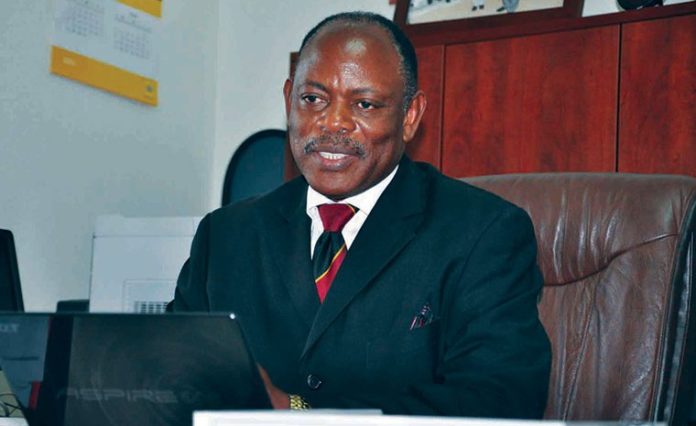 In the past months, Barnabas Nawangwe the current Vice Chancellor of Uganda’s oldest varsity Makerere University has dominated the media and social media for both good and bad things.

It all started with suspension and expulsion of Makerere University students who were allegedly planning a strike over tuition increment and poor admission at the institution.

This incident was followed by the reconstruction of different buildings, halls of residences,bathrooms, toilets and also replacement of some individuals in several offices.

After a while over 40 staff members including the outspoken research fellow Dr. Stella who is currently at Luzira prison for abusing President Yoweri Kaguta Museveni.

Professor Barnabas Nawangwe accused these staff members for failure to finish studying in time, failure to attend lectures and also disobeying the rules governing the institution.

Many accused him of being used by President Yoweri Kaguta Museveni to suspend opposition lecturers and students from the Ivory Tower.

The current incident which landed Professor Barnabas Nawangwe in hot soup is the suspension of the Chairman of Makerere University Academic Staff Association (MUASA) Deus Kamunyu which forced all lecturers to abandon lectures leaving students stranded in their halls of residences.

Flash Uganda Media your leading online news portal in Uganda has detailed all facts related to the only Africa’s Professor of Architecture Barnabas Nawangwe.

First of all Barnabas Nawangwe was born in 1956, the 63-year old Professor Nawangwe is the current Vice Chancellor of Makerere University in charge of Finance and Administration, having risen to that position five years ago.

Previously, he served as the founding Principal of the College of Engineering Design, Art and Technology (CEDAT), at the introduction of the collegiate system at Makerere University.

He started his education at Busia Integrated primary school in Busia District, where he became head boy in 1971. His contemporaries remember him as inquisitive but not necessarily loud.

He later joined Busoga College Mwiri where he obtained his East African Certificate of Education. Nawangwe credits Mwiri for his leadership skills.

Nawangwe says; “Literature and History were my favourite subjects but my father insisted that I had to do Sciences instead of the Political Science and Law due to political situation in the country at the time…. I think he thought it was safer.”

He proceeded with Science as his father wished and later excelled at Physics, Economics and Mathematics at A-Level and awarded the East African Advanced Certificate of Education qualifying to join Makerere University.

Prof Nawangwe in his first year at Makerere University.

In 1977 while at Makerere University, Professor Nawangwe Participated in a strike and he was spotted during the strike and he became a hunted man.

At that time, Uganda became unsafe for Nawangwe and he fled to Russia where he proceeded with his studies.

“I had always been involved in fine art, so one day a lecturer of the Russian language found me making some drawings and advised me to switch from Civil Engineering to Architecture. I had never even heard of the subject. I adhered to the lecturer’s advice and changed to Architecture.”

The scholarly product of the Kyiv National University of Construction and Architecture, Prof. Nawangwe earned his Doctorate in 1989, after presentation of a thesis paper titled: ‘Mass Urban Housing in Third World Cities’

Between 1976 and 1983, he had earned a Master’s of Architecture Degree from the same university, presenting a thesis titled: ‘Environmental characteristics of Uganda’s middle income residential houses: a case of Jinja’.

With a 28-year experience working with top universities in Africa and around the globe, Professor Barnabas Nawangwe has intellectually contributed to the development of over 40 policies in governance, financial and human resource management, teaching and student affairs at Makerere University, adopted by the university in December 2014.

In 1987 Nawangwe joined Makerere University as a ‘Teaching Assistant’. He was assigned the task of commencing preparations for the establishment of the Department of Architecture, and also to ensure the University developed a degree programme for Architecture.

In 1989, the year in which the Department of Architecture was established, Prof. Nawangwe was appointed full lecturer and also tasked to head the new department. True to his conviction, in just under five years, he managed to have the department validated by the credible and influential Commonwealth Association of Architects (CAA), making it just one of the five departments accredited in Africa at the time.

Between 2002 and 2013, he rose through the ranks to become the Deputy Vice Chancellor in charge of Finance and Administration (DVC/FA), a position he has gainfully used to further hundreds of cooperation links between Makerere University and the rest of the academic and non-academic world.

Prof. Barnabas Nawangwe is the only African architect professor, this website has learnt.

He was elected on 1st September 2017 and installed on 14th September 2017  at a ceremony held at Makerere University in which the president of Uganda Yoweri Kaguta Museveni was the chief guest.

Prof Nawangwe whose term of service will be ending in 2022 as he replaced Professor John Dumba Ssentamu whose term of office ended on 31st August 2017.

Professor Dumba served Makerere University as the Vice Chancellor from 2012 to 2017.

During his regime as the Vice Chancellor, Barnabas Nawagwe has registered both achievement and failures.