Who is Charles Mwanguhya Mpagi? Flash Uganda Media looks at his biography, age, wife, family, tribe, relationship with Patrick Kamara, Daily Monitor, Next Media Services, NBS Frontline, Fourth Estate on NTV and the KFM Live talk show, early life and education of the current Minister of Information in the Kingdom of Tooro in Uganda.

Charles Mwanguhya Mpagi is a seasoned journalist, analyst and TV host. He is the current Minister of Information in the Kingdom of Tooro and also the host of NBS Frontline, a top political talk show.

He likes to read books and meditate. He also spends time at home with his son and possibly some time at the farm.

Charles Mwanguhya comes from a humble family and grew up in the Tooro community. He was married to Irene Kansiime on December 29, 2018, at All Saints Cathedral, Nakasero with whom he has a son and a daughter.

In addition to being a qualified English teacher, he studied journalism at the prestigious Makerere University, where he later returned to pursue a law degree (LLB), which he is about to complete.

Charles Mwanguhya began his journalism journey while in his senior six when the radio station Voice of Tooro was established in Fort Portal, South-Western Uganda. He continued to work there as an anchor and news reporter.

Mwanguhya has worked in print journalism, production, radio and TV show hosting for over 20 years in Kampala. He previously hosted the Fourth Estate on NTV and the KFM Live talk show.

He quit Voice of Toro radio, where he had grown to the rank of news editor in the late 1990s. In 2000, Mwanguhya teamed up with Patrick Kamara and others to found Monitor FM (metamorphosed into KFM) where he served as a news reporter and anchor.

Since this was a sister station to Monitor newspaper, the versatile Mwanguhya was lured into becoming a writer as well-eventually becoming Daily Monitor’s political editor.

He left Monitor Publications and joined the Citizen’s Coalition for Electoral Democracy, a civil organization that advocates for human rights and political awareness in Uganda.

He was the country Bureau Chief of East African newspaper in Uganda appointed in 2016 till August 2020.

In 2020, he entered electoral politics, running on an independent ticket for the Buryaha county Parliamentary seat in the Kabarole district with six other opponents. He however lost the elections to Kasaija Stephen Kagwera, the NRM candidate in the 2021 General elections.

He also works for the Tugende transport company. Following the departure of Joseph Sabiti in 2021, Charles Mwanguhya joined Next Media Services as the host of NBS Frontline on 2nd September 2021.

Charles Mwanguhya has moderated high-profile public debates and sessions at organizations such as the World Bank, the African Development Bank, government ministries, and the United Nations.

He is a member of the Action Aid International board of directors.

Has served on the board of the Forum for African Investigative Reporters as a member, secretary general, and chairperson.

He was one of the eight Daily Monitor journalists nominated for the African Centre for Media Excellence (ACME)’s annual awards, which are intended to recognize and promote excellence in reporting and to inspire quality journalism in Uganda in April 2015.

Charles Mwanguhya and Angelo Izama, two private citizens, requested copies of the Production Sharing Agreements (PSAs) between the government and oil exploration corporations in a letter to the Ministry of Energy in 2006.

The Nakawa Chief Magistrate’s Court dismissed the case in 2009 asking the journalists to file an appeal in 2011 which has not yet had a hearing date set up to now. 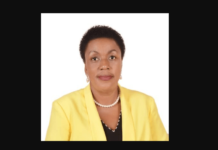 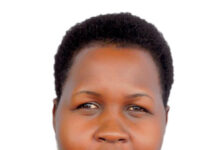