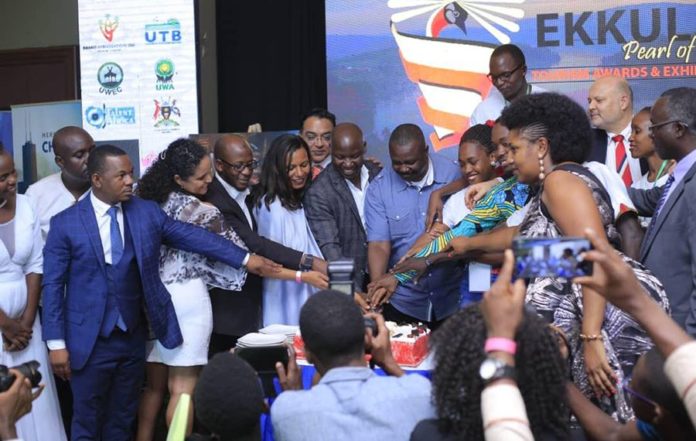 Sudhir was awarded a lifetime Tourism Achiever as a result of his continued investment into the Tourism sector for instance, the hospitality sector. He was represented by employees of Speke Resort Munyonyo.

Munyonyo Hotel owned by Sudhir won the best luxury hotel of the time in Uganda.

Godfrey Kiwanda, the State Minister for Tourism won an award as the Tourism personality of the year. Kiwanda’s award followed his supportive works through his Ministry (Ministry of Tourism), most importantly the private sector.

Sarah Kagingo who serves as the president of the Public Relations Association of Uganda (PRAU), was recognised as the exceptional promoter of Tourism through her social media platforms.

Following her recognition, Kagingo commended every person who offered his / her support towards the Tourism industry and vowed to do her best for the growth and development of Uganda.

Brand Ambassadors 256 were the official organisers of the event with Rt Hon. Jacob Oulanyah, the Deputy Speaker of Parliament being the guest of honour.

The event also hosted several key players and influencers in the Tourism industry which coloured the event.

Oulanyah in his communication praised government for its continued aid towards the private sector projects.

“I thank the government and private sector for working together to improve the sector because it holds the treasure of this country and if we invest in it we don’t have to look elsewhere for assistance.

While Hon Kiwanda appreciated the creativeness and innovativeness of the Ekkula Pearl of Africa Tourism award.

In addition, Kiwanda promised them that government will render it’s support to private sector driven projects that aim at promoting Tourism in the Country.