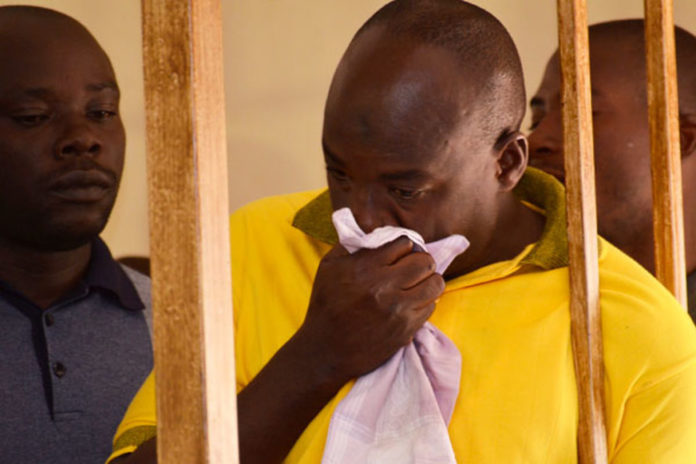 Having been denied bail, Kitatta tried a second shot at applying for the same in the army court in our latest Uganda news. On Tuesday, prosecution led by Capt. Samuel Maserejje said Kitatta should not be released on bail because he might interfere with investigations into his case due to his popularity and influence.

“Being the NRM chairperson of Rubaga and patron of boda boda riders, he is a prominent and popular person likely to interfere with attendance of witnesses,” Maserejje said.

He added that the Boda Boda 2010 patron had not proved any exceptional circumstance for him to be released pending conclusion of his case.

The state noted that although Kitatta claimed to be sick, he did not prove that the military facility where he is being held is not able to deal with his illness.

“The applicant has not proved any exception as provided in law and for the alleged diabetes and hypertension whereas the military facility where he is detained has not certified that his condition is one they cannot attend to.”

The state prosecutor added, “Even if he is sick, Kitatta can access specialized treatment and tests even on remand.”

Kitatta’s lawyer, Siena Owomugisha however argued that Kitatta ought to be released because the state had not provided evidence in disregard to his illness nor had they proved he would interfere with investigations.

“Though he is accused of   capital offense, the applicant enjoys the presumption of innocence till proven guilty and this court has jurisdiction to grant the accused bail.”

They are accused of unlawful possession of 30 and 20 rounds of ammunition for SMG rifles and pistol respectively which are government stores contrary to section 161 of the UPDF Act.

The army also accuses the group of unlawful possession of military equipment including headgear and uniforms which are a monopoly of the defense forces.