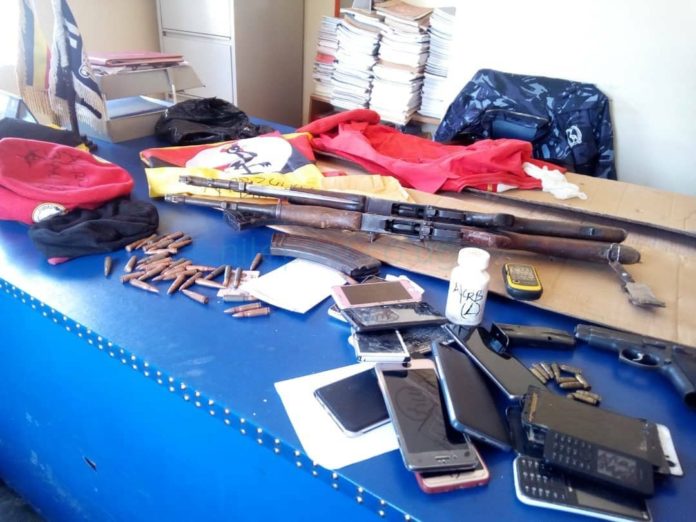 Today in the morning, the General Court Martial under the chairmanship of Lt. Gen. Andrew Gutti dropped charges of illegal possession of guns and ammunition from Kyadondo East MP, Robert Kyagulanyi aka Bobi Wine.

The new turn of events left the public wondering who, then owned guns that were allegedly found in Bobi Wine’s room at Pacific Hotel in Arua when the joint army and police operation conducted the search.

But as the world jubilated the one minute of freedom that Bobi Wine enjoyed, the Kyadondo East MP has yet again been re-arrested and arraigned in the Gulu Magistrates Court.

Bobi Wine wore a black jean shirt and brown khaki trousers and was walking on a clutch with was the aid of his wife, friends, and relatives.

He was charged with treason like his colleagues Gerald Karuhanga, Paul Mwiru, Kassiano Wadri and 30 others.

But the question remains who owns the guns which were found in Bobi wine’s room at Pacific hotel in Arua District? The defence forces or NRM supporters?

Flash Uganda media will update you with the truth soon.