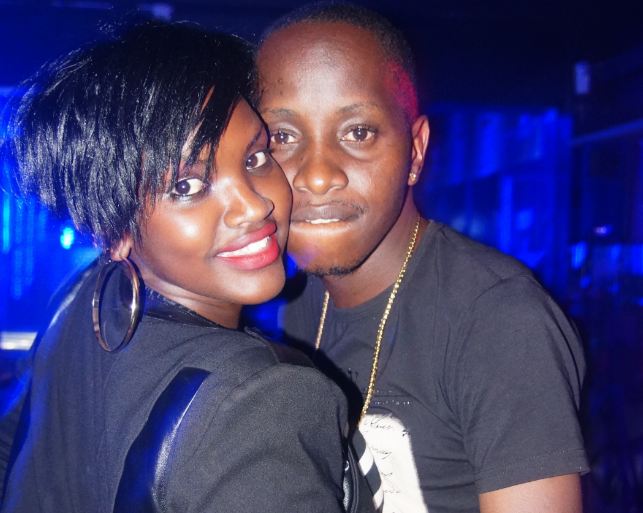 Top city MC, Katamba also known as MC Kats was surprised by her baby Mama and longtime girlfriend Fille Mutoni who seemed caring less as she gave all her time to her new catch and friend Sheebah Karungi of the beera nange hit song.

Fille was expected to premier her new song at Fame Lounge and on arrival of Sheebah, she gave up on everything and concentrated on her care for Sheeba which annoyed the NBS TV after 5 show host who begged her to at least come and perform the song because it is his favourite song. When she arrived on stage, the katijo singer only performed for two minutes and disappeared from the stage.

“Please do this for me. I love this song, do it for me and not them” Kats begged Fille.

Rumours reaching Flash Uganda Media indicates that the two are always in fights and their love is on rocks and therefore Ugandans should expect a breakup soon. Most people have related this Fille’s close relationship with Sheebah Karungi who is rumoured to get sex pleasure from fellow girls. She was rumoured at one time to be in a relationship with fellow female rapper Keko.

We have been told that Fille’s closeness to Sheebah is because the latter is teaching Fille the habit of getting satisfaction from fellow girls around town and therefore Katamba is no longer a big player in her life. The two have a daughter together.