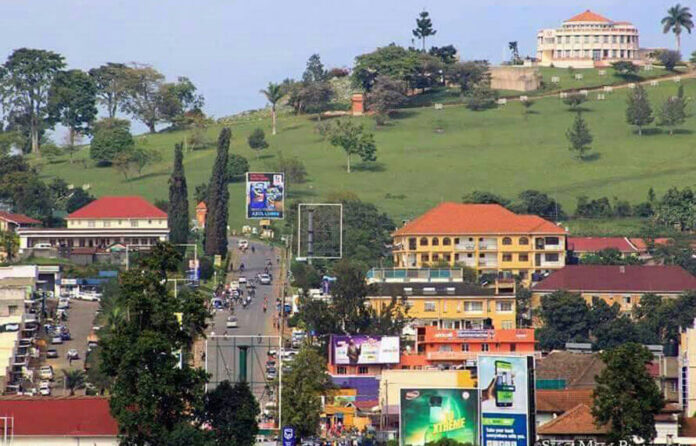 Located in Uganda’s Western Region, Fort Portal is also known as Kabarole and serves as both the administrative center and the capital of the Tooro Kingdom.

Table of content: What to Do and Where to Go in Fort Portal

The city of Fort Portal, also known as Kabarole, is situated in Uganda’s Western Region. It serves as the administrative center for both the Tooro Kingdom and the Kabarole District.

It is one of Uganda’s most stunning cities due to all the greenery and variety of features. At roughly 1,500 meters above sea level, it is bordered by tea plantations, crater lakes, and beautiful, rolling hills. On a wonderfully clear day, you will be able to see the snow-covered tops of the Rwenzori mountains.

On a two-lane, all-tarmac highway, Fort Portal in Kabarole District is situated about 296 kilometers (184 miles) west of Kampala, Uganda’s capital and largest city.

On your visit, you’ll hear many refer to it as a “tourism city”. This is because Fort Portal was upgraded from a municipality to a “Tourism city” status on July 1st, 2020. Fort Portal acquired many nearby neighborhoods and sub-counties in 2019 to be granted city status.

Today, about 60,800 people live in Fort Portal Tourism city and the numbers keep growing. The city is blessed with hospitals, schools, and 3 universities.

A Brief History of Fort Portal and its Culture

The town of Fort Portal is named after Sir Gerald Portal, a British Special Commissioner for Uganda, whose statue can be seen from the town’s main thoroughfare.

The Semliki Valley and a few crater lakes are also close by. The Tooro Kingdom is flourishing as a destination for cultural tourists thanks to a king whose young vitality has made culture relevant to modern transformation.

Fort Portal’s Tooro kingdom, which descended from the Babiito dynasty in the ancient Kitara empire, was established when Omukama Kyebambe III of the Bunyoro kingdom rebelled and invaded the southern portion of his father’s kingdom to establish his kingdom, putting it in the northern border at the River Muziizi.

Following the passing of Omukama Kaboyo Olimi 1, other kings and princes took the throne. Some of them only held the position for a brief period because they were addressed as “Omubiito,” which is another word for the prince, rather than by their proper title, “Rukirabasaija Omukama.”

Eight kings, including those known as princes, have ruled the Tooro kingdom entirely. The youngest king currently on the throne among Uganda’s five kingdoms is Rukirabasaija Omukama Oyo Nyimba Kabamba Iguru Rukidi IV, who reigns over the Tooro kingdom. All of these contribute significantly to Fort Portal’s culture.

The Batooro people, who speak the Rutooro language, are strongly represented in Fort Portal’s history. They are very patriotic and have rich traditions and cultural practices.

They uphold strong cultural values, such as teaching Batooro children to love and cherish their tribe and homeland and to respect and revere their elders.

When it comes to behavior, spoken manners, and personal conduct, the culture of Fort Portal is essential and is instilled in every Mutooro kid from birth; as a result, it is regarded as being beneath a self-respecting Mutooro.

The native term empaako is the most common special name used in Fort Portal culture to express affection, respect, and gratitude.

Each kid is given one of the 12 small names used in Tooro culture, which are Abbala, Abbooki, Abwooli, Acaali, Adyeeli, Akiiki, Amooti, Apuuli, Araali, Ateenyi, Atwooki, and lastly “Okaali,” which is only used when the Omukama is elevated to the status of a god and is used to worship the monarch.

The only mutooro with two petty names is the king. No matter what his previous ignoble name was before becoming king, he must adopt the empaako “Amooti” after becoming king.

While the king is addressed as Okaali during traditional rites and rituals, this is the petty name used to address him daily.

How to get to Fort Portal city?

One way to get to the Fort Portal is if you take the expertly maintained Kampala Mubende Fort Portal road. It was tarmacked, in 2007 and is still good as new today. Road travel from Kampala to Fort Portal is 311 km (193 mi) and takes around 4 hours.

Along the way, you’ll discover the Mubende district. It is halfway between Fort Portal and Kampala. Most people love to stop there to refuel or buy some refreshments.

The other way is to fly by air. The airline you choose to fly with to get to Fort Portal is one of your many options.

There can be multiple airlines offering affordable tickets at various times and under different conditions. Before evaluating the worth of any airline’s offer, it is necessary to grasp the specifics of the deal.

One popular airline that flies to Fort Portal is Aerolink Uganda. You could try with them or check out Expedia for other flights to Fort Portal. There you could even search for cheaper flights depending on the dates you choose, saving you money.

It is true when they say about Fort Portal. It is one of the places you must visit in Uganda. The people have a rich culture that is worth learning about and so many places to visit in Fort Portal city.

We’ve shared a brief history of Fort Portal city and we hope that it can give you a bit of background about the place and how it came about. It is just one of the places you should visit in western Uganda.

Otherwise, there are so many neighboring cities that have a history that’s worth knowing about.