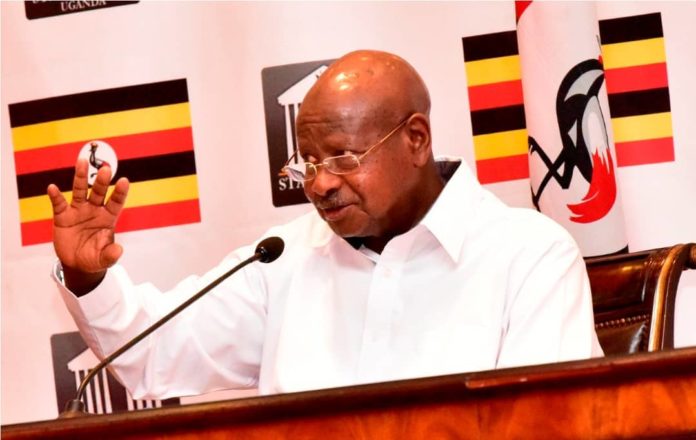 A 19 year old man was arrested by police for allegedly abusing President Museveni on the 1st of January 2019 on his way from St. John’s Cathedral, Kasaka after attending the new year’s church service.

Joseph Kasumba a resident of Canoni Town Council and a pick-up driver of agricultural produce to different market centres around Gomba was arrested for leading a group of youth and insulted the president.

“When president’s convoy arrived in Canon Town Council, one of the drivers was commanded by special forces command Soldiers to remove his vehicle off the road to pave way for the presidential motorcade.

This is when a group of youth allegedly led by Kasumba begun exchanging words with the special forces and eventually abused President Museveni calling him all sorts of names including Bosco.

They also blamed him of constructing narrow roads,” a policeman from Gomba narrating on Thursday though he preferred hidden identity.

And after wards the suspect will be charged with annoying and mocking the persons of the president contrary to the Penal Code Act and alleged alarming.

Nyanzi was arrested and jailed at Luzira prison after extending insulting words to president Museveni and his late mother via her Facebook account on the 16 of September 2018.

Viboyo original name Mosses Nsubuga in October 2018 was arrested by police detectives after he allegedly used indecent words in his music to refer to Speaker Hon. Rebecca Kadaga and president Museveni among other government leaders.

Susan Namata was arrested in October 2018 after scaring to hit Museveni with her genitals if at all he fails to release Hon. Robert Kyagulanyi the Kyadondo East MP popularly known as Bobi Wine in a video she released.

We, here at Flash Uganda Media encourage all people to respect our president in his capacity as the top leader of our beloved country.