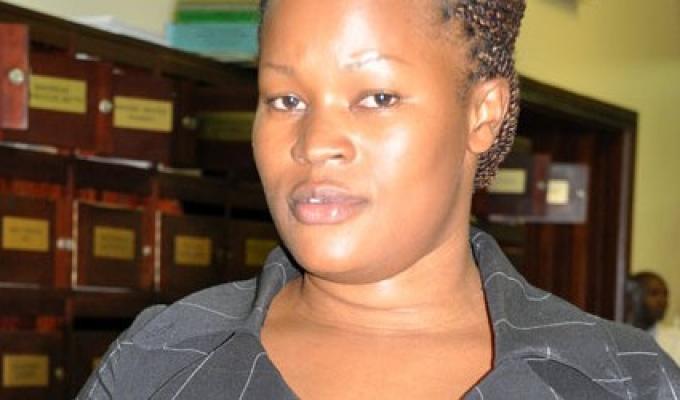 Idah Nantaba, State Minister for ICT, said that she has escaped various attacks targeted to end her life and the people behind the assassinations are top government officials.

Addressing her guests who had turned up for the thanks giving service at her house in Kayunga District, Idah Nantaba says that it’s shocking to see that the individual who commanded the shooting of Ronald Ssebulime who was suspected to be after the Minister’s life has never been prosecuted.

“I know Ssebulime had come to kill me and I insist on that. Kirumira and many others said they would be killed but it all came to pass without anyone caring,” Idah Nantaba revealed.

“Why has it taken more than a month to know who ordered the police officer to kill Ssebulime! Is he above the law? Why can’t they reveal him?”

Idah Nantaba relatedly wondered why there hasn’t been any conviction on the recent death of prominent people in this country like Maj Muhammad Kiggundu, ASP Muhammad Kirumira, Col. Abiriga and AISGP Andrew Felix Kaweesi.

Nantaba additionally said that her life is in danger and vowed to speak her mind while she still lives.

“Kirumira said even if you speak or keep quiet, you die. Let me say it now that I am not safe. There are things I don’t want to die without saying. I wanted to drag police to court but I was stopped that I would embarrass government,” said Nantaba.

“Kirumira and Abiriga have all been killed but no one has been convicted over the same. What happens is that security hurriedly arrests people and after a few days they are released. This simply means the person behind the assassination is within.” She added.

Nonetheless, Nantaba vowed not to dig deep into the matter, stating that it would cause trouble to the government officials who attended the service.

Ronald Ssebulime was shot dead by one of the police officers who were on a 999 patrol vehicle after receiving orders from unknown person.

This comes after Nantaba became suspicious and reported to police that strange people were trailing her on a motorbike with likely intentions of ending her life.

But later on, it was discovered that Ssebulime who was a single father of four was unarmed as the Minister had told police. He had lost his way to his children’s school and was probably trying to trace his way to the school.