If you have grade 2 hemorrhoids or grade 4 hemorrhoids, you should know that you can get rid of them in a variety of ways.

Whether you have a grade 2 hemorrhoids or a grade 4 hemorrhoids, you should know that there are a variety of ways that you can get rid of them.

Getting Rid of Grade 4 Hemorrhoids

Whether you have a ring hemorrhoid or a prolapsed hemorrhoid, rubber band ligation is an effective, outpatient procedure. Rubber bands cut off the blood flow to the hemorrhoid, causing it to dry and fall off.

It is a relatively safe procedure, but it is important to know about possible complications. Most patients experience a few days of bleeding after the procedure.

However, some patients may experience a fever and urinary problems. Often, physicians will prescribe pain medication to help patients recover.

Hemorrhoid banding can be performed in an outpatient setting or at a day surgery unit. The procedure is relatively easy, takes less than a minute, and has a low recurrence rate.

Some people experience pain while the band is in place. There are several home remedies that may help with hemorrhoid banding.

Several surgical treatments are available for hemorrhoids. Some of these include sclerotherapy, rubber band ligation, and Doppler-guided hemorrhoidal arterial ligation (DG-HAL).

Doppler-guided hemorrhoidal arterial ligation is a minimally invasive surgical method that ligates the terminal branches of the superior rectal artery.

This is done to reduce arterial inflow, which shrinks hemorrhoids. It is especially effective for grade 2 and 3 hemorrhoids. As indicated by NLM, Doppler-guided hemorrhoidal artery ligation with rectoanal repair is safe, easy to perform, and an effective treatment option for grade IV hemorrhoids.

Doppler-guided hemorrhoidal artery ligation is performed in a daycare setting under spinal anesthesia. A windowed anoscope with a Doppler probe is used to identify the haemorrhoidal arteries. A special needle holder is inserted through the aperture of the operating proctoscope.

After identification of the arteries, ligations are evenly distributed along the circumference of the rectal canal. A final knot is tied at the proximal fixation point.

Patients who underwent surgery between November 2012 and June 2014 were selected for the study. The patient’s age, gender, sex, previous haemorrhoidal treatment, number of mucopexy procedures, and reason for surgery were assessed.

In addition, pre- and postsurgical examinations were performed. All patients were evaluated after six weeks postoperatively by proctoscopy and by phone consultations.

Symptomatic hemorrhoids can also be treated with dietary changes. Surgical treatment can be performed either as a day or night procedure.

Hemorrhoid surgery is performed under general anesthesia, and patients must stay in the hospital for a few days. Some patients experience pain during bowel movements. They may also experience pain after surgery. The pain can be mild.

Hemorrhoid surgery is done on internal hemorrhoids, and the procedure can be done on several hemorrhoids at the same time. The surgical procedure may involve tying off the arteries supplying the hemorrhoids.

The surgery may involve a general anesthetic, or the patient may be given a spinal block. Depending on the surgeon’s preference, the hemorrhoid may be removed using a surgical knife, a laser, or a stapling procedure.

CRH O’Regan System is a fast, painless, and nonsurgical method for hemorrhoid treatment. It has been used for more than 630,000 procedures.

This makes it one of the most effective hemorrhoid treatment options available. It provides long-term relief from internal hemorrhoids, relieving symptoms such as pain, swelling, and irritation.

It also expands the continuum of care for patients. The procedure takes only 15 minutes, and patients do not have to deal with long recovery periods. Moreover, it is completely covered by most major insurance plans.

CRH O’Regan System for grade 4 hemorrhoids is a fast, easy, and affordable solution for patients. It is a quick, effective, and nonsurgical procedure that completely removes hemorrhoids.

It is easy to use, and patients can receive their procedure at an ASC or doctor’s office. Its minimally invasive nature means that patients can return to work the same day as the procedure. The company also provides extensive support and training to practices.

How Long Does a Grade 4 Hemorrhoid Last?

Depending on the severity of the hemorrhoid, it can last anywhere from a few days to a few weeks. However, if you experience a lot of bleeding or if your hemorrhoids are causing you a lot of pain, you should seek medical treatment.

Can Stage 4 Hemorrhoids Be Cured?

Depending on the location and size of the hemorrhoids, treatments may include a variety of different methods. Some of these options include surgery, over-the-counter medications, and dietary changes. Each of these options has its own benefits and drawbacks.

Surgery involves a general or local anesthetic. The doctor will insert a proctoscope into the anus and inject liquid containing drugs to enlarge and shrink the hemorrhoids.

This method is effective in treating grade III hemorrhoids. However, it can be painful and can cause infections.

Typically, grade 4 hemorrhoids are the most severe forms of internal hemorrhoids. These are protruding hemorrhoids that do not shrink. Unless treated, they may cause serious complications.

According to the United States National Library of Medicine, if a person suffers from grade 3 or grade 4 hemorrhoids, doctors tend to recommend surgery as a treatment option. 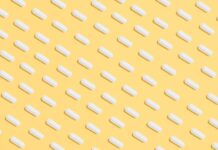 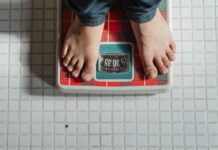