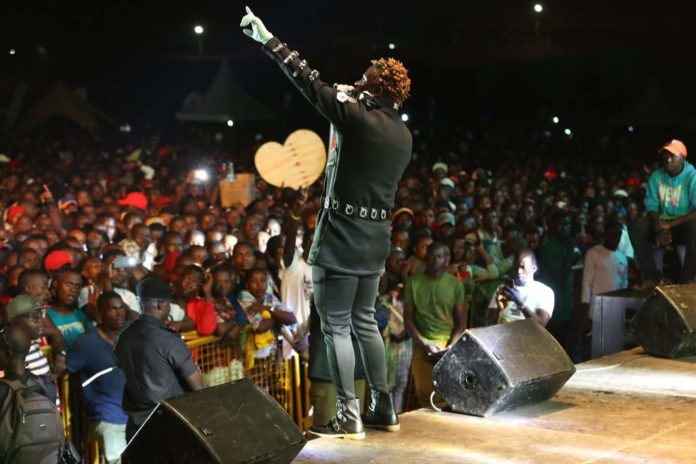 It seems that not even the scandals involving rapper Gravity Omutujju and city Deejay could stop the rappers ambitions to stage a concert for his fans this year.

Ever since this year, the ebijanjalo singer has been involved in scandals including when he was shot at to near death in Mityana and also that involving insulting a city deejay and radio presenter at a certain event.

The latest news reaching our desk indicates that Gravity Omutujju may stage another concert at Lugogo Cricket Oval to launch his song ekyakuzala kyekirikutta which has left many Ugandans talking.

Reports indicate that Gravity Omutujju will in concert on 21st of September at Lugogo Cricket Oval.

It should be remembered that in 2017 Gravity Omutujju  held a successful show at the same venue debubbed,  ‘Tujjuze’ Cricket Oval.

Last year, he staged another one themed ‘Embuzzi Zakutudde’ and we can’t wait for this.

The rapper is most known for his songs like Winner, embuzi zakutude, Wwalumbe Zzaaya, Ebijanjalo, Kangume ft King Saha among several other songs which enabled him to dominate the Lugaflow genre for years now.