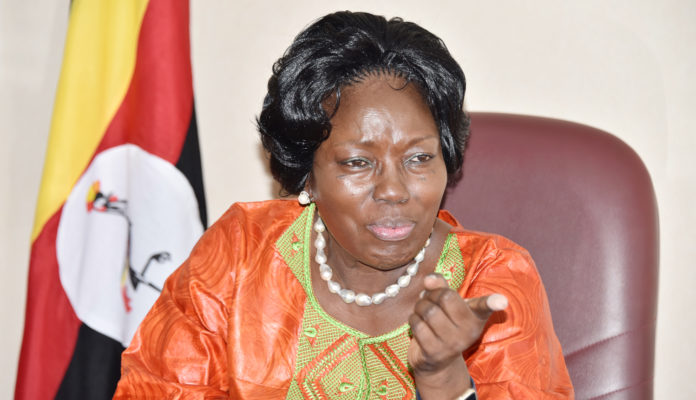 Hon. Rebacca Kadaga, the Speaker of the Ugandan parliament has been transferred to Aga Khan hospital in Nairobi-Kenya for specialised treatment.

The Speaker was admitted to Nakasero Hospital over fatigue-related complications on Thursday night, the 21st of March 2019.

Hon. Rebecca Kadaga was said to have fallen sick as a result of a hectic work schedule, fatigue and jet-lag after she returned from her official trips from New York, USA, and Rabat in Morocco.

She went to New York to attend the 63rd UN commission on the status of women which ended on Sunday the 24th of March 2019.

But before, she first attended a conference in Robat, Morrocco, the 14th session of parliamentary union of the organisation, of Islamic Cooperation Conference (PUOIC).

At the time of her admission at Nakasero Hospital, Hon  Rebecca Kadaga was said to be unconscious and was in the intensive care unit (ICU).

Then on Sunday morning the 24th of March 2019, Sam Obbo, the principle press secretary to the speaker, said Kadaga was transferred to Nairobi, Aga Khan Hospital following doctors’ counsel.

But refrained from telling the Speakers condition, arguing that it was a confidential matter at that moment and everything in the hands of doctors.

“She is stable and continues to recover, she looks forward to resuming her duties in the shortest time possible.” Obbo stated.

According to reports from one of the officials who preferred anonymity, Kadaga was conscious again at the time she was moved to Nairobi.