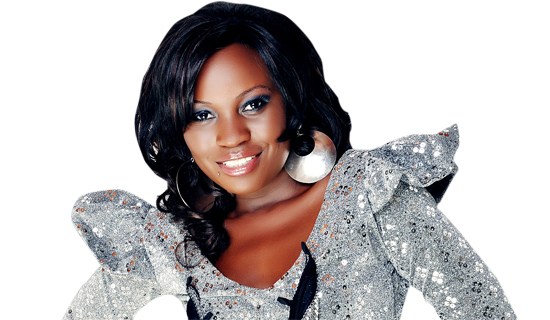 Jackie Chandiru dismissed earlier claims that drugs like Cocaine and heroin are the leading cause of her condition. She says her mental health disorder began 5 years back after she became an addict of a painkiller ‘Pethidine’ a back ache reliever.

Jackie Chandiru says that five years back she developed a painful back and the doctor prescribed ‘Pethidine’ and after sometime she started taking it without the doctors’ knowledge.

“The doctor noticed how much pain I was in and prescribed Pethidine. Pain goes away in about 30 seconds. I got addicted to it and started getting it without prescription.”

Explaining further the former Blu*3 singer stated that; “at first it wasn’t so bad, but it then got to a point where I moved from one or two shots to ten. It began affecting my brain. I would have attacks, and black out for a minute or so.”

In her statements, Jackie Chandiru observed that she had no medical personnel to administer the medicine. “I injected myself any how, as long as the drug got into my body,” Jackie Chandiru stressed.

She added that the drug gave her much solace and she would silence anyone who tried to lead her off the drug.

Meanwhile, after realizing that she had lost almost everyone she regained her senses and embarked on a long journey of recovery while at a mental health rehabilitation centre.

Her family and husband were already displeased with my drug dependence; “it’s from there that I thought of ending this kind of addiction.”

Jackie Chandiru adds that it was a real battle at rehab because “I experienced many triggers sometimes two or three times in the morning and I can’t settle, I feel like I need a needle.”

In the process of recovering I disconnected myself from the drug sellers and that is how I managed to recover.

Jackie Chandiru went off the music scene after losing her mind to drugs. Her music includes over dose, Gold digger, Shamim and Agasi.

And after that long break off the music industry Chandiru is now back with inspiration music with her first song Mi Ora Ku in Lugbara meaning ‘do not worry’.

Chandiru says that; she wrote the song before she joined rehab “I recorded it and I was not happy with the sound.”

“I want to inspire someone out there, and this is just the beginning. Expect more inspirational music.”

However, the 34 old singer observed that she has changed totally in thoughts, singing and dancing noting that this time round she won’t be seen dancing the way she used to dance before she joined rehab for health reasons and also retain her dignity.

“I am now a grown married woman; I can’t dance the way I used to. Even my dress code has changed”.

Besides, singing Jackie Chandiru writes her own music based on her feelings and what experiences at a time.