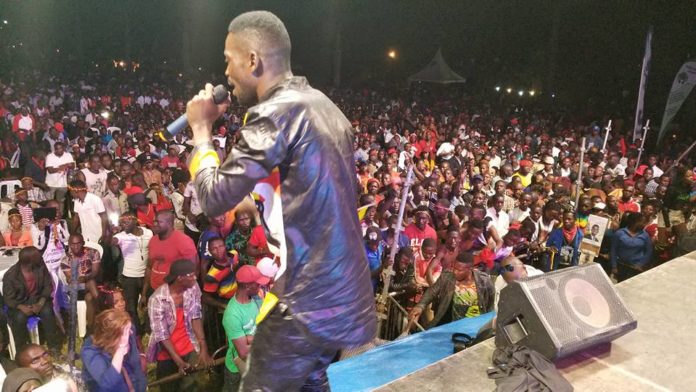 A letter authored by Assistant Inspector General of Police, Assuman Mugyenyi addressed to events promoter Emma Serugo of Emma Promotionz and Marketing Agency, the organizers of Bobi Wine’s Kyarenga Album Launch says that Namboole Stadium is booked out till January 2019 and their concert isn’t anywhere on the list.

According to Mugyenyi, the management of Namboole availed the police with an events matrix until early next year that shows that neither Bobi Wine nor the promoter has had any official commitments to use the venue on October 20th, 2018.

“You are therefore advised to call off the music show since you have not made any arrangements with the management of Mandela National Stadium,” Mugyenyi wrote.

The Kyarenga Album Launch concert was scheduled for Saturday, October 20 until last week when the management of the stadium said the date was already booked by a wedding.

Bobi Wine on Tuesday said he wasn’t sure that the concert would be allowed to go on saying the security forces have played syndicate with his organizing team ever since the plan was released.

“We have done everything required of us by law but it is apparent that the people in authority are doing everything possible to frustrate the concert,” the Kyadondo East MP said.