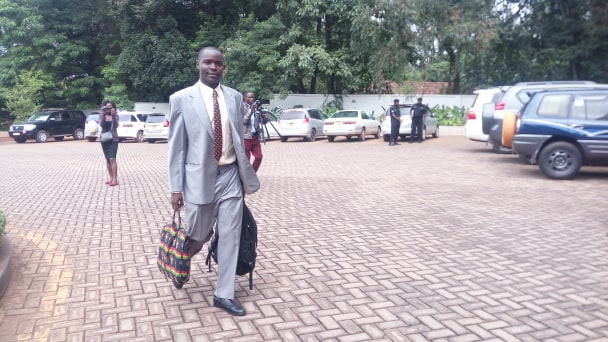 According to Mabirizi, the three Judgement in the age limit petition should be nullified because of ‘conflict of interests’. In his argument the three Judges are close to president Yoweri Kaguta Museveni and this explains why they ruled in his favour.

This comes after the Supreme Court judges in a 4:3 majority ruling that defended the Constitutional Court ruling of erasing the presidential age limit last Thursday.

“Katureebe, Tumwesigye and Amoko don’t have any integrity in themselves because they preceded to sitting in this case whereby they have connection with president Museveni, which I found out in this Easter Holiday. First of all, Katureebe is a friend to Museveni since 1980, they have been together, Katureebe even shifted from Bunyaruguru to be near Museveni,” says Mabirizi.

“Secondly, all those judges are connected to Museveni, Amoko, her husband Ambassador Henry Amoko is an Ambassador to the African Union. Automatically being an ambassador is a preserve of the president, there’s no way you can be an ambassador when the president no longer likes you. So you cannot imagine that actually she can be independent. Tumwesigye is an OB of Museveni, they studied together in Ntale and they have been friends. But the same Tumwesigye is also a good friend of Justice Elizabeth Musoke,” Mabirizi added.

In Mabirizi’s further arguments he says that Justice Bart Katureebe, Stella Aracha Amoko and Jonathan Tumwesigye’s closeness to the president contributed much in the final verdict.

“In this judgement, specifically three judgements; the judgement of Katureebe, the Judgement of Amoko and the judgement of justice Tumwesigye. First of all, for Katureebe he’s sick, he’s suffering from infirmity of the body, the Constitution is clear under article 144 the judge who’s suffering from infirmity of the body is not supposed to sit, actually he’s supposed to leave office. So, the question is if your body is infirm? You are even half blind; can you tell us that you can actually make a judgement?”