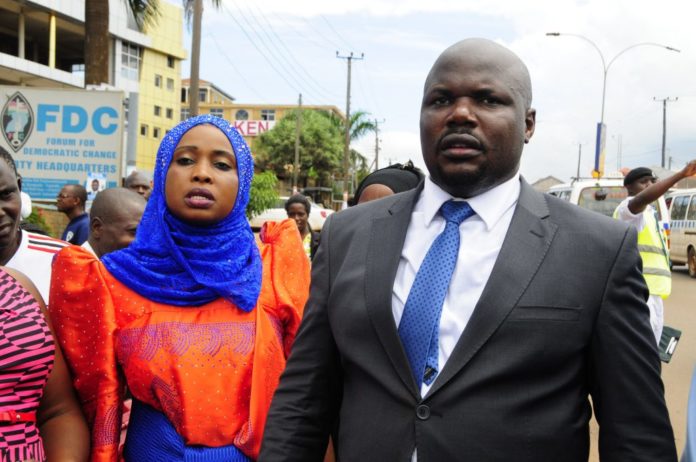 Kawempe South MP Mubarak Munyagwa has 3 counts of corruption to answer, another blockage on his way to Parliamentary Committee on Commissions, Statutory Authority and State Enterprise (COSASE) leadership.

Earlier Munyagwa’s appointment as the chairman COSASE was interrupted by Speaker Rebecca Kadaga and still finds another difficult case of corruption. Which challenges his position as an accountability committee leadership?

But also as an anti-corruption fighter, his moral values and political status.

After his appointment Munyagwa had to wait a little longer before taking on the role of COSASE chairperson, after the speaker’s ruling that Abdul Katuntu has to finish up the BoU probe before Munyagwa takes off.

This was the Speaker Rebecca Alitwala Kadaga’s statement;

“I am the Speaker of the house, I am the head of this institution and my proposal is good for the institution. What we are doing is for the people of Uganda not for parties.”

And now as days were getting closer another hindrance crossed Munyagwa path. Government charged him 3 counts of corruption cases arising from the time he was a Kawempe Mayor.

Munyagwa belongs to the Forum for Democratic Change (FDC) and royal to the opposition strong man Dr Kiiza Besigye.

At his political back yard, Ibrahim Ssemujju Nganda the opposition Chief Whip said that nothing not even the charges will take away their confidence in Munyagwa.

“We only hope that it has nothing to do with him being appointed as the chairperson COSASE, that nobody is going to take advantage of that. But even if they did, for me it will not be something new.”

Adding that the trial, is related to the earlier attacks that faced opposition leaders.

“This government has charged Dr Kiiza Besigye of rape, I was my self-charged with terrorism for walking from Kireka to Banda, during the walk to work. So, my advice to Hon Muyangwa is that if they bring whatever charges let him stay steady.”

And now if Munyagwa is sent to Luzira, then the Committee is likely to knock an obstacle after the Speaker trailed the political master stroke and sent the FDC’s choice for the Deputy chairperson Moses Kasibante to the appointments Committee.

“The mere fact that somebody has been charged over the offence does not dis entitle him, for example to remain a member of parliament. But when he has been tried and sentence has been passed, whether he remains in parliament or not depends on the severity of the sentence,” Mwesigwa Rukutana the Attorney General explaining.