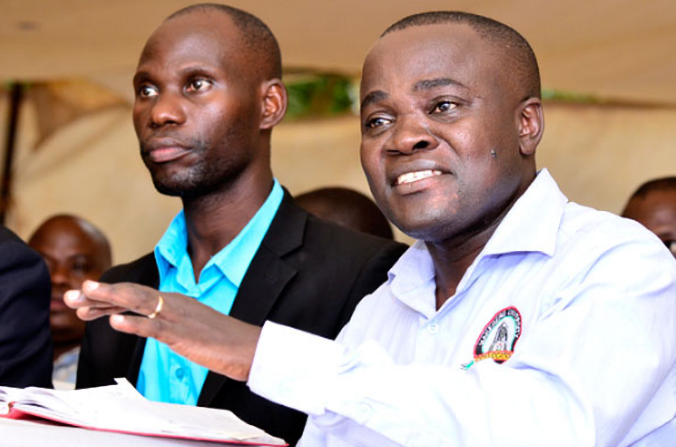 Yesterday Professor Barnabas Nawangwe appointed a committee to investigate the actions of Mr. Deus Kamunyu Muhwezi, the current chairperson of Makerere University Academic Staff Association (MUASA) who was suspended for sabotaging and running campaigns against the university programmes. This came after Kamunyu convinced and encouraged staff members at Makerere University to put down tools until the university solves their issues.

After the appointment, it seems Mr. Kamunyu has reacted to Nawangwe’s decision with the same spirit where he has dragged the later to court over what he calls wrongful suspension and infringement on his rights.

Through his lawyers Byarugaba and Company Advocates, Dr Kamunyu wants court to declare illegal his suspension from the university as well the decision to stop him from accessing the university’s premises.

It should be recalled that Prof. Nawangwe suspended Deus Kamunyu on January 17 2019 for allegedly engaging in acts that amount to misconduct including offences under computer misuse.

Kamunyu has since contested his suspension and this week, law dons from Makerere University in a jointly signed letter described Kamunyu’s suspension as an affront on academic freedom and freedom of association. They advised that the suspension be lifted.

Now Kamunyu has taken matters to court, seeking general damages and punitive action to be taken against Namwangwe and the University for infringing on his “inherent rights as a citizen of Uganda and as an employee of Makerere University.”

Nawangwe is required to file his defence within 15 days from January 24.

In the same spirit, the latest news reaching Flash Uganda Media indicates that up to now most of the lecturers have refused to teach until the suspension of their boss is uplifted. Also the student’s guild through the speaker are planning a peaceful march to the main building to petition the council to work on the issues facing the university so that students can access classes and resume with lectures.