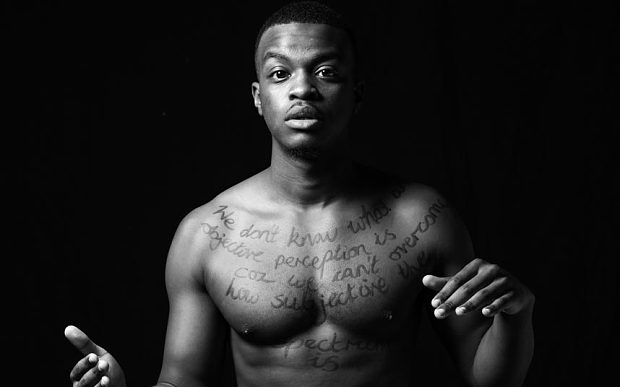 For the past three days, Social media platforms in the whole world and in Uganda has been blowing up after the royal wedding of Prince Harry and Meghan Markle which happened last week in UK at Windsor castle. It was one of the most expensive, attended and media covered weddings in the history. Mixed reactions have made rounds on Social media most people criticizing several things from the gown, make up, and several others. Well as others have praised the couple for being an example to many claiming that despite the divorce and old age, a lady can get a man of her desires.

But before we go into that, Uganda should be proud for their own son once a rapper turned Poet George Mpanga well known as George the Poet, a popular poet in the UK who delivered a beautiful and energetic poem to the newly wedded couple.

George the poet is one of best things that happened during the week to this expensive royal wedding. Mpanga who appeared on BBC one’s live coverage opened the event at around 9:00 am with a rich poem dedicated to Meghan Markle (US actress) and Prince Harry of United Kingdom.

During his presentation, George Mpanga talked about his project with Prince Harry where he works as the ambassador of this initiative in Lesotho that looks at minimizing HIV/AIDS among people.

George the poet studied politics, psychology and sociology at King’s college London and later joined Cambridge and currently the ambassador of Sentebale a charity foundation formed by Prince Harry and Prince Saeiso in 2006.

After his performance, Mpanga received praises from all corners of the world.