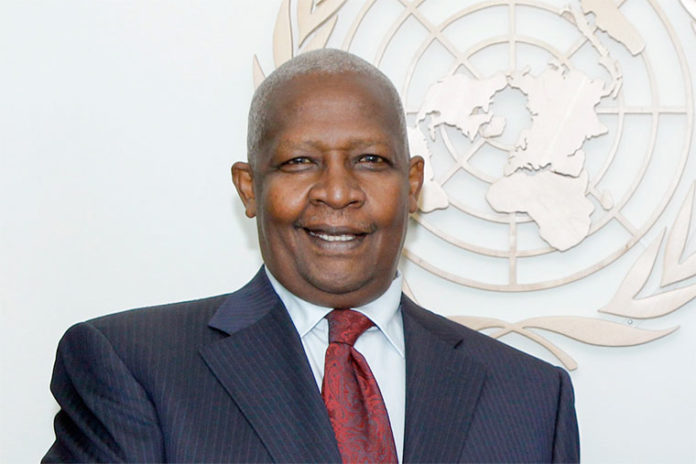 Minister of Foreign Affairs Sam Kuteesa has officially released a statement to address the tension that has grown between Uganda and Rwanda and Museveni and President Paul Kagame to be specific.

Uganda through Sam Kuteesa has denied reports that it is a base for rebels fighting Rwanda’s Paul Kagame as alleged by Richard Sezibera, the Foreign Affairs minister for Rwanda.

“Uganda does not and cannot allow anyone to operate from its territory and threaten a neighbour as alleged. This is a principled position. We are fully aware that our won development and transformation cannot take place without peace and security in the region,” Kutesa said.

The minister also denied reports that there had been arrests, torture and harassment of Rwandans living in Uganda.

Since Rwanda closed its border at Katuna last week limiting the movement of people and goods between the two countries, tensions have simmered. Kutesa said it was unfortunate that movement of goods had been restricted; something he feared will cause economic hardships amongst the people of the two countries.

Uganda is committed to addressing any trade related issues because we are convinced that doing so strengthens our regional integration and also helps us to integrate faster into the global economy.

And the latest unconfirmed news indicates that Paul Kagame will jet in tomorrow to Uganda to discuss these issues with President Museveni.