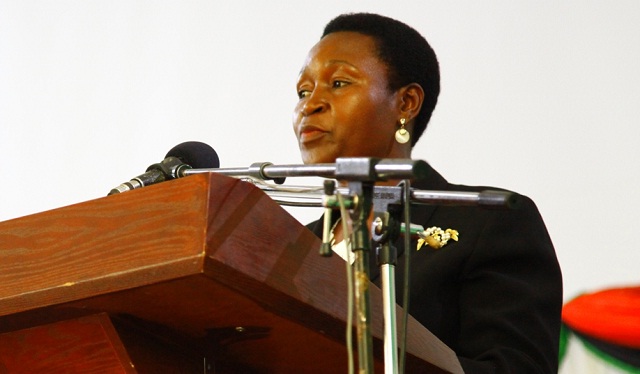 The programme which was unveiled on the 19 of February 2019, is aimed at feeding a million pupils in Africa.

Sseninde however, warned parents against child neglect, stating that parents should stop throwing away their responsibilities thinking government will take care of their children while at school.

“Parents have taken Universal schools as a political issue. Parents think the issue of children is the responsibility of government, yet parents are the key main stake holders. Appreciate the need for feeding children because children need to learn. Hunger affects development of the country.”

In addition, Sseninde argued schools to make accountability on each and every money they get from donors, noting that whenever, they account for the money received, donors get impressed hence attracting more aid programmes good for the children.

In 2018, the first lady also the State Minister of Education and Sports, unveiled a campaign aimed at creating awareness to both parents and children on how to their engagement in school particularly primary schools.

At the launch teachers said parents are not willing to contribute to the meals provided at school, yet they want their children to be fed.

This was followed by the first lady’s directive instructing parents to take on the responsibility of feeding their children at school by giving them packed meals, and stopped schools from providing meals to children.

A decision which parents have since contended saying that the take is exposing their children to unhealthy conditions since they will be feeding on cold foods.

Binance Lunch for Children Programme is to provide 250 children from Jolly Mercy Learning Centre in Kasangati free breakfast and lunch.

The Executive Director Binance Block Chain Charity Foundation, Ms Ya Athena, said their purpose is to provide meals to those children who cannot afford meals at school.

Adding that in Nangabo Parish alone they spend 24,000USD annually.

Ms Noelina Nassali, a guardian in care of eight children said some children are forced to steal just because they were not given food by their parents or guardians.

“I got the eight children from their parents who never cared about them. The parents never gave the children food. This comes about when some parents do not have love for their children and actually do not care.”