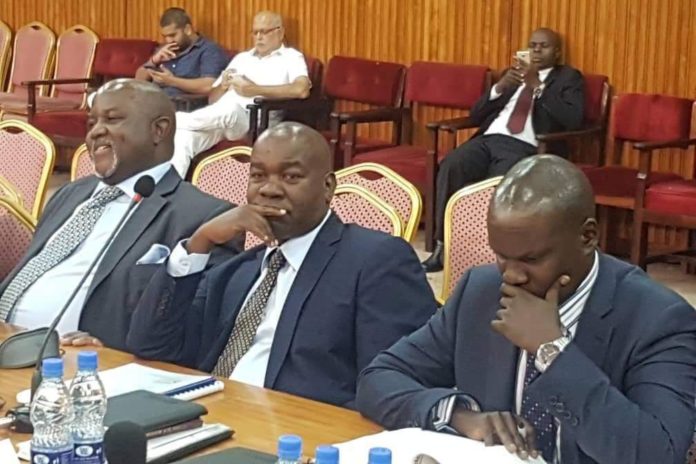 This was revealed to the committee on Commissions, Statutory Authority and State Enterprises (COSASE) on Tuesday as it finalizes, it’s probe of the closure of seven defunct banks.

COSASE also learnt that over Shs900,000,000 was paid to the legal team led by the Buganda Minister Apollo Makubuya and MMAKS Advocates for their legal services provided to both Crane Bank and Bank of Uganda during the sale and acquisition of Crane Bank assets.

“We are getting to know that there were 482 hours. So for us to get that question of minutes it’s really very important,” Vice Chair COSASE stated.

Timothy Masembe of MMAKS Advocates, disclosed that the sale and acquisition of CB was conducted by BoU top management staff, and all the minutes were paid in dollars, amounting to Ninety-three thousand eight hundred seventy-two dollars.

However, COSASE tasked MMAKS advocates to explain why they offered their services to both Crane Bank and BoU and also to present the Minutes of 432 meetings conducted but in vain.

“We do not see minutes and they tell us it was confidential, probably if you attended the meetings we would be able to hear from you whether there were minutes taken or not,” Abdul Katuntu stated.

“You are saying that the terms of reference were discussed. I want to know if you have minutes of that meeting of the discussion with BoU supervision,” Nathan Itungu one of the Committee members added.