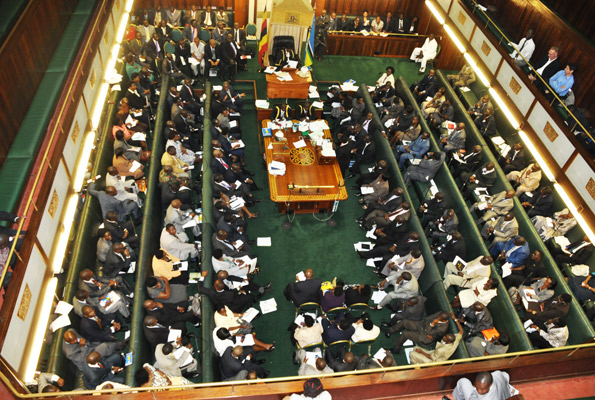 President Museveni recently directed the Finance Ministry of Uganda to buy a fleet of new 4-wheel drive escort pick-ups for all the 456 MPs while the army will provide them with sharp shooters to protect them from what he termed as terrorists.

The move has attracted mixed reactions among the legislators and members of the public.
However, addressing journalists on Tuesday, Anti-Corruption Coalition Uganda Executive Director Cissy Kagaba said legislators have become too expensive to be maintained by the taxpayer.

“It is absurd that the Members of Parliament are fast becoming a liability to Ugandans.”
In his June 29 letter to the Finance Minister, Museveni said MPs have been singled out for intimidation and possibly attack, adding that there is need for enhancement of their personal security.
“The MPs should be provided with sharp shooters and their pick-ups will be protected against small arms bullets. I can assure you they will not be interesting targets for terrorists using kalashinikovs,” president Museveni said.

According to the Anti-Corruption Coalition executive director, such measures by government have led to increased taxation for the Ugandan taxpayer in a bid to fund the MPs’ lavish lifestyle.

She said that it is appalling that the legislators exempted their allowances from taxes.

“We believe that procuring armored vehicles and assigning sharp shooters to MPs is not only discriminatory in nature but also won’t solve the security problem in the country,” she noted.

She cited examples of security situations in the past including the murder of women in Wakiso, kidnaps as some of the many security problems that need to be addressed other than buying armored vehicles and sharp shooters for MPs.

The Anti-Corruption body urged the president to address the security issue ‘holistically’ other than issuing ‘implausible’ directives.

They asked government to invest in a professional and competent police force to protect its citizens than only Members of Parliament.

A number of legislators including the Leader of Opposition Winnie Kiiza warned government against the move of buying escort vehicles and sharp shooters for them.

“It is a bad plan in regards to us as leaders, people will think we think about ourselves only and not the whole population,” Kiiza said recently.