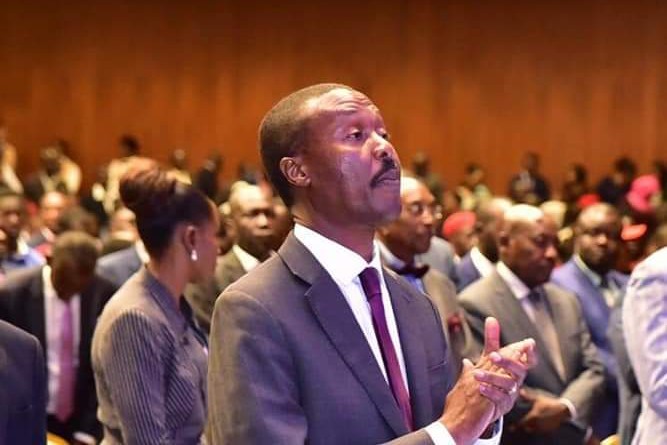 Gen Mugisha Muntu’s new formed political party, the Alliance for National Transformation (ANT) has been officially launched, as earlier communicated at Serena Conference Centre in Kampala on Wednesday the 22 of May 2019.

At exactly 10:30am the ceremony began with Wilberforce Seryazi, ANT spokesperson being the MC of the day.

Seryazi started by unveiling the party’s National Coordinators led by Maj Gen (RTD) Gregory Mugisha Muntu. He said as time goes on they will need other people to take over some substantive posts.

However, Seryazi said each party colour has a meaning in ANT’s fight to liberate Uganda as stated below.

“Purple will symbolise peace, quality and devotion to the party and country, orange symbolises determination, creativity and bringing transformational strength and endurance, Red shows determination and brotherhood love plus unity of all Ugandans while White shows that we are the light and goodness assurance of safety and cleanliness,” Seryazi explaining the meaning of each colour.

In the other remarks by Hon Upendo Peneza Furaha, leader National Youth Assembly of Tanzania, member of the CHEDEMA party in Tanzania as well argued ANT to allow youth actively participate in all party’s activities, to allow the party practice what they say.

Furaha also lauded the togetherness opposition Members of Parliament showed as many had turned up for the party launch.

Maj Gen Mugisha Muntu, addressing his guests said that Ugandans should be strong and ready, stating that ANT is going to reach every corner of Uganda making awareness of the party’s activities and plans effective next week.

Additionally, Muntu said that investing power in individuals must end, arguing that after sometime they turn to be dictators. He however, argued Ugandans to invest in institutions rather than individuals.

“Power must be invested in institutions not individuals. We will do a lot to ensure that the executive power is reduced. Judiciary power must be increased and people must be empowered and we will make sure that this is not a one man show,” Muntu said.

Muntu also said that findings from their Nation Wide Consultations indicate that majority of Ugandans completely lost trust and hope in politicians.

And in this case, ANT is going to work hard to see that their hope and trust is restored, as first thing in their agenda.

They also unveiled ANT offices which will be at Buganda Road, Plot 87 next to Case Medical Centre. And whoever wishes to join the party can register for membership online; https:/bit.ly/2wmottgv.