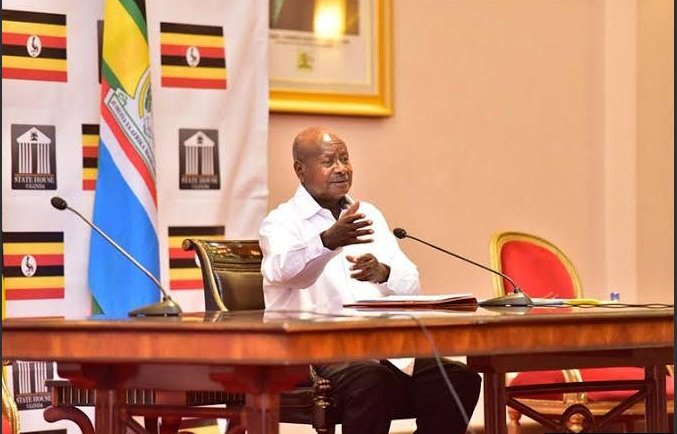 President Yoweri Kaguta Museveni yesterday spoke on the proceedings of the parliamentary committee against Bank of Uganda. He says the approach parliament is using to probe Bank of Uganda is wrong.

He says the method used puts Bank of Uganda at a risk of losing public confidence as the regulator of commercial Banks.

“I think the procedure is wrong because this is Bank of Uganda if you want to investigate it why don’t you do it quietly? Why don’t you investigate on a camera? So that what people see is an action not endless argument. I think the inquiry is good but the way they are doing it is the wrong one. Even me myself I had problems with Bank of Uganda I called them but anyway whatever I had with them was confidential and don’t have to repeat it here”, said president Museveni.

The committee aims at establishing facts on whether the Central Bank followed legal steps before closing these Banks.

This followed the Auditor general report that indicated several complaints during closure of these Banks earlier in August 2018. The report indicated that over 400b shillings were spent during Crane Bank closure and some of this money is not yet recovered.

However, the probe into the matter has so far indicated irregularities during these Banks’ closure. The committee revealed that Justine Bagyenda former Executive Director for Banks supervision smuggled documents from the BOU headquarters assisted by her driver and bodyguard.

The committee is still investigating the proceedings at Bank of Uganda.