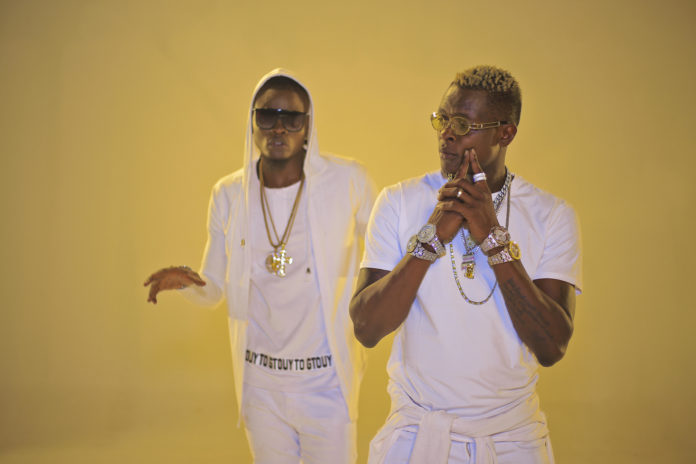 Chameleon and Pallaso were reported to have been on bad terms following their tour in Kigali. Well that all seems to be a thing of the past, and if these images are anything to go by, the Mayanja brothers are back to good terms and even have some fresh music to commemorate the reunion.

We have learnt that the duo reunited to shoot the music video for the remix of Pallaso’s single, Hana that he released two months ago.

The video was shot by Grate Makes films, and in some of the behind the scenes footage, the brothers are seen in coordinated outfits. The song is yet to be released, but considering how talented these brothers are, this is surely about to be one great club banger.

“The song, Hana, is a dope song and Chameleon contacted me and said he loved the song. Considering how wide his fan base and reach is, I figured he was the best person to have on this remix. Plus this is the first project I have worked on with him in a long time. Also considering a lot of our people have passed on, we realized all we have is each other and it is only better that we work together and be there for one another. I have also reliably informed that the song is on power play in Kenya, and we all know how popular Chameleon is in Kenya,” says the Pallaso.

Pallaso added that he will be at the Legend Sabasaba concert  next week, with Chameleon and many other acts.