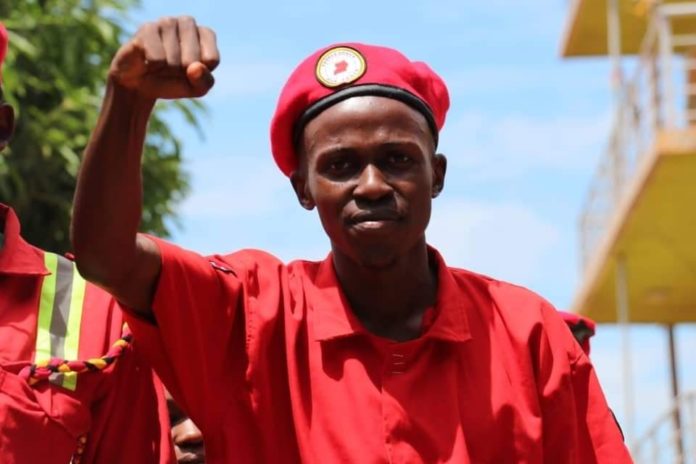 Byron Luswata who is subscribed to people Power and UYD defeated the rest of the candidates to become the first ever People Power candidate to win an election at Nkumba University.

Now this is proof that People Power is taking over university politics and leadership around the country. This came after Julius Katerega and Tundulu (both subscribe to People Power) emerged victors in Makerere University and Kyambogo university guild elections which took place last month.

Like Julius Katerega, Luswata Byron was nominated under the Uganda Young Democrats (UYD) flag and later used the People Power slogan and dress code during campaigns- thus emerging victorious which enabled him obtain a lot of support from students.

Bobi wine is currently in South Africa to perform for his fans but he is expected to invite Luswata to discuss the different issues concerning leadership at Nkumba University.

The same Bobi wine also recently announced that he will running for president of Uganda in the next general elections scheduled to take place in 2021 against President Yoweri Kaguta Museveni and Dr. Kizza Besigye.