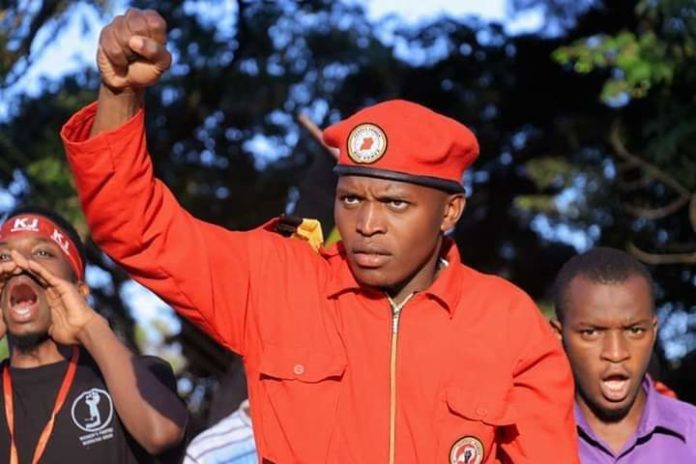 Julius Katerega was declared winner yesterday night at Guild offices under heavy deployment around campus and later started their celebration inside Mitchel Hall his hall of residence.

Julius Katerega thanked his supporters from different halls, schools and colleges and promised never to disappoint them by siding with the management.

People Power’s Julius Katerega emerged winner with a margin of over 500 votes and has been congratulated by different people in and out of campus including the current Vice chancellor Barnabas Nawangwe.

The results were as follows;

Makerere University’s electoral commission headed by a one SsekindiFaizo is expected to announce the days for swearing of the new guild President.