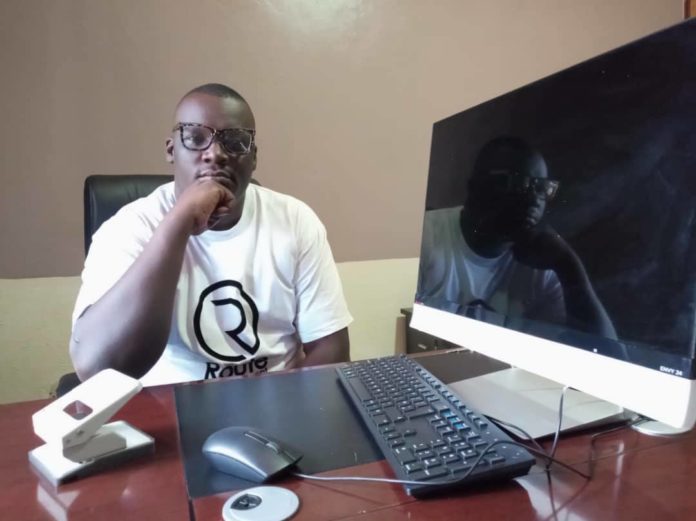 On 1st February 2018 popular singer and song writer Moses Ssekibogo Nakitije alias Mowzey Radio breathed his last at Case Clinic in Kampala after involving in a fight in Entebbe leaving a huge gap in the industry. He was rated the biggest song writer Uganda has ever had with several awards on his name in this category. Artistes released several tribute songs to celebrate his life, from Weasel, Ziza Bafana, and Dr. Brain to Aziz Azion. Most of these songs were considered average not until when song writer and upcoming artiste Yese Omani Rafiki released his tribute song Sekibogo which has dominated the air waves in the past weeks after its release.

Rafiki says that Radio not only inspired him to join the music industry, he also personally taught him how to write good music and therefore this song was a tribute to celebrate a man who taught everything in the industry.

Sekibogo is an extra ordinary song with rich lyrics produced by Eli Arkis.

The big question has remained that who is Yese Omani Rafiki who has dominated the music industry with both his songs and the songs he has written for established artistes like Bebe Cool, Winnie Nwagi, Angela Kalule, Jose Chameleon, Vinka, and Irene Ntale among several others.

Born Kiberu Joshua at Mulago Hospital in 1984. Yese Omani Rafiki attended St James SS, St. Charles Lwanga Kasasa, Nalya Secondary School and later graduated from Makerere University in 2009 with a bachelor’s degree in business computing. After working with PKF a reputable audit firm, Yese dropped his job as IT auditor sand started doing music. Yese says that although he wanted his profession music was his passion and it has helped him earn a living and working with the biggest music names in the country.

Yese has been nominated in several local awards like Hipipo Music awards, Uganda Entertainment Awards, Buzz Teenies Awards in 2017 among several others.

Yese Omani Rafiki is currently the biggest song writer in Uganda with tens of hit songs registered on his name and several artistes have started storming his newly opened music studio Routes to get a copy of highly rich music. Yese is also a singer with songs like Teri mulala, Mbabalira, Ssekibogo. He is an advert concept creator and the man behind the popular Bosco advert, Weza Amajja advert, Tubaale ne Bell, Yolesa jingles among several others.

Yese Omani Rafiki has written many hit songs and the following are some of his songs he has written to different singers;