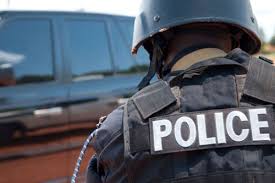 Police denies allegations of torturing and harassing Rwandese while in Uganda, in a press briefing held at Naguru, on Monday 4th March 2019, police spokesperson, Fred Enanga, said that police do not have any Rwandese National in their custody or any information regarding those a believed to be missing.

It’s reported that the closure of Rwandan border was a result of arrest and harassment of the Rwandan Nationals by Uganda security, police inclusive.

Enanga, however, denied the allegations.

“We confirm to you that the police don’t have any Rwandese who’s victimised and in our custody. The people whom we do arrest are under of course criminal offences and we do charge them.”

Richard Ssezibera, the Rwandese Foreign Affairs Minister, argued Rwandese on his twitter account not to cross the border line into Uganda in fear of arrests, harassment and torture. Which Uganda police denies.

Enanga however, argued relatives who think their family members are held in Ugandans cells, to file a complaint to the Foreign Affairs Ministry for action.

“If that is the matter that is directed to Foreign Affairs, with places where they feel their citizens are, then probably Foreign Affairs will take the lead with the respective institution.”

The Rwandan Ambassador to Uganda, Maj Gen Frank Mugambage, in a television interview on NBS confirmed the allegations saying that Rwandan Nationals are harassed and mistreated while in Uganda.

“At different borders, if you look at the statistics of the people who have been arrested here in Uganda, Rwandese crossing to Uganda being arrested and thrown back, now go up to Nine hundred eighty something. Some at different crossing points. Some of them walking using the documents we have agreed upon, free movement of people, they are taken out from them, some are beaten, all sorts of funny things done to them and they are thrown back. They are reporting back and say look this is not correct. So, if that threat, if that evidence comes on table should we keep quite? Is that the way to solve problems, I thought we committed to talk to each other, let’s provide whichever, evidence we have, let’s sort out the problem.”

And now Uganda has decided to hold diplomatic and political talks to see that the stand-off at the two border points of Uganda and Rwanda end.

Serious allegations raised by the Rwandan envoy to Uganda, actually need to be corrected and the silence of Uganda government need to be addressed. Because Ugandans need the information on what’s going on exactly.