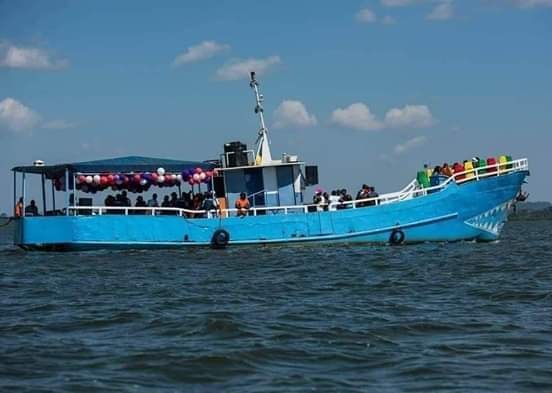 Following the ill fated boat, that capsized on Lake Victoria near Mutima beach just 100m away on its way to templar beach that claimed over 31 lives and more yet to be retrieved have awaken concern of water experts. Several people have come out and provided the different measures and tactics anyone should put in mind before sailing on lake most especially during this festive season that is soon starting. Before you go for a boat cruise at Ssese Island, Gaba Beach or for a vacation at Entebbe beaches, you should be careful not to be a victim.

According to Mr. Moses Kalanzi, Executive Director Swim Safe Uganda and also water safety expert in Uganda noted that, if these people were trained in basic swimming skills they would have saved themselves or the number of victims would be minimal.

Kalanzi says the police and the local rescues did all they could to rescue people, but if at all these people had some basic skills of swimming they wouldn’t have died on Lake Victoria. It should be remembered that over 30 bodies have been found and there is a probability of this number to increase up to 60 people.

“Ugandans should know that such incidents can happen any time” he says according to the distance of 100 to 200 meters, normally a six years old child can swim that distance.

According to Uganda police, winds were heavy and water waves much stronger and the question is how can one survive in such a situation while in the dark?

“It’s not all about swimming it about water safety skills in a way a person can afford personal floatation and many more.” However he also called upon the public to go and look for these safety skills.

“At night what was needed was someone to be able to float and survive. This is the right time for everybody to go and learn the skills for their own good,” Kalanzi noted.

Likewise, Kalanzi said about fifth part the area is covered by water meaning that every Ugandan have access to water and in one way or the other one will be uncounted with water.

“Our geographical location clearly indicates that in Uganda as you cross over to another village you pass through a stream or a river which can flood at any time”. I am very sure that if these people had these basic skills they would have survived, according to Kalanzi

Not only drowning happens in the lake, rivers or oceans but it can as well happen anywhere especially to children’s in basins, water tanks and water streams/dams as well. Local rescuers managed to pull out some people and they could give quick first aid to the victims.

We need to train our bi- aquatic standers (these are people who are always near the aquatic areas) like fishermen.

They have to be taught skills on how to rescue. Rescue skills include; first aid, resuscitation. Meaning bringing one back to life.

“They should look for the danger and what was the cause of shutting down, do he/ she have some wound if not then its drowning.” The rescue team should start to fill in air to the victim mouth to mouth and then compress 30 times then breathe in air and then take another compression and breathe in air again.” Added Kalanzi

However, before getting on board one should consider getting a life jacket for your own safety and also do not board onto an overloaded boat. The captain should always consider checking and testing of this boat before takeoff.

Accordingly, rescue teams appealed to boat owners and people who own such places to always emphasize use of life jackets. For they said those who had life jackets survived.

Relatedly, the Katikiro of Buganda Charles Peter Mayiga has thanked God for saving Prince Wassajja’s life, a young brother of Kabaka Ronald Muwenda Mutebi of Buganda when he visited him at his home in Kampala.

For he was on board, tycoon Kiyimba Fred, Omutakka Mutesasira, a clan leader who were also on the boat. “May the Lord comfort those who lost their loved ones”, stated Mayiga.

Mayiga argued boat owners to stop over loading these boats and also called upon the use of life jackets before sailing. Katikiro Mayiga advised passengers to board not, fully loaded boats. Saying it’s not the end of life if you don’t board that canoe.

“People should value their lives”, if at all the boat owner doesn’t have life jackets, don’t go on board unless you came with one Katikiro Mayiga advising.

He also said people lost their mind after getting drunk and dancing, they couldn’t figure out what was going on or what they should do ending up losing their lives. Therefore people should stop taking alcoholic drinks while travelling on water.

Up to now the Police force, the UPDF and other civilians are still struggling to obtain the remains of the other people who drowned in the waters.

May their souls rest in eternal peace

Keep it Flash Uganda Media for the latest, detailed, and high speed news and updates.