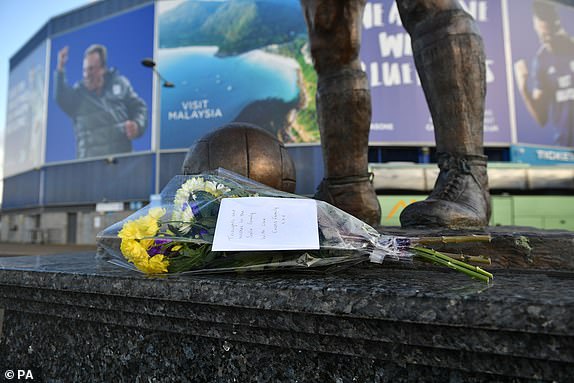 Search team have recovered the plane wreckages of player Emiliano Sala, the Argentina’s striker on the seabed of the English Channel on his way from Nantes a France city to Cardiff.

The piper Malibu air craft N264DB vanished from radars close to the Channel Islands on the 21 January with both Sala and pilot David Ibbotson 59, on board who are missing presumed dead.

And now submersible are expected to be sent on Monday, by the Accident investigators to inspect wreckage.

The 28-year-old Sala had just completed a £15m transfer to Cardiff City from French club Nantes, where he had gone to say good bye to his former teammates. And on their way, the plane lost contact with air traffic controllers.

Two vessels were looking for the traces of the missing plane after a successful online fundraising effort to help fund the search.

David Mearns Shipwreck hunter and the director of Blue Water Recoveries led the private search for the aircraft in an area of four square miles.

Mearns said the wreckage is located off Guernsey on Sunday.

“All I will say is that there is a substantial amount of wreckage on the seabed.”

While speaking on Radio 4’s Today programme on Monday morning, Mearns stated that: “We have located the wreckage of the plane on the seabed at a depth of about 63m within the first couple of hours (of searching).”

In addition, he said the plane was identified by sonar, before a submersible with cameras was sent under water which was scheduled for today Monday and managed to confirm that is was the exact plane under search.

“They saw the registration number and the biggest surprise is that most of the plane is there.”

And at a moment the private search led by Mearns have been pressed down and AAIB has taken over the course of recovering the plane. To deploy an underwater search vehicle to make a visual confirmation.

After, he tweeted saying that “Wreckage of the plane carrying Emiliano Sala and piloted by David Ibbotson was located early this morning by the FPV MORVEN. As agreed with the AAIB they moved the GEO OCEAN III over the position we provided them to visually identify the plane by ROV.”

Horacio Sala’ s father while speaking to Argentinian broadcaster Cronica TV in anguish and disbelief said that “I cannot believe it. This is a dream. A bad dream. I am desperate.”

This followed Mearns earlier statement while speaking to Argentina’s journalist saying that; they doing their best to give the families the best results they hope for.

“But tonight they have heard devastating news and in respect of the families I won’t comment any further about what has happened.”

Accompanied by a tweet on Sunday 3 of February 2019, that said “Our thoughts are with the families and friends of Emiliano and David. And the AAIB would be making a statement on Monday.”

Mearns continued to say that the families of both Sala and Ibbotson were informed by police and the AAIB will be making a statement tomorrow. Tonight our sole thoughts are with the families and friends of Emiliano and David.

On the 24 January the official search of the plane was called off just three days after the plane went missing but later on resumed on Monday 28 January after fundraising campaign succeeded, raising about £324000.

David Barker Guernsey harbour master Captain, said after such a long period the chances of survival are “extremely remote”.

The aircraft was located four days after finding two cushions believed to come from the crashed plane on a beach near Surtainville, last week on France’s Cotentin Peninsula.

Sala’s new team Cardiff paid emotional tributes to the footballer earlier on Saturday as they played their home game ever since Sala’s disappearance.

Neil Warnock, the Cardiff Club manager said that he felt Sala was “with” his team as they beat Bournemouth 2-0 in the premier league.

An update from the AAIB operation is expected to be given out on Monday after the recovery operation.