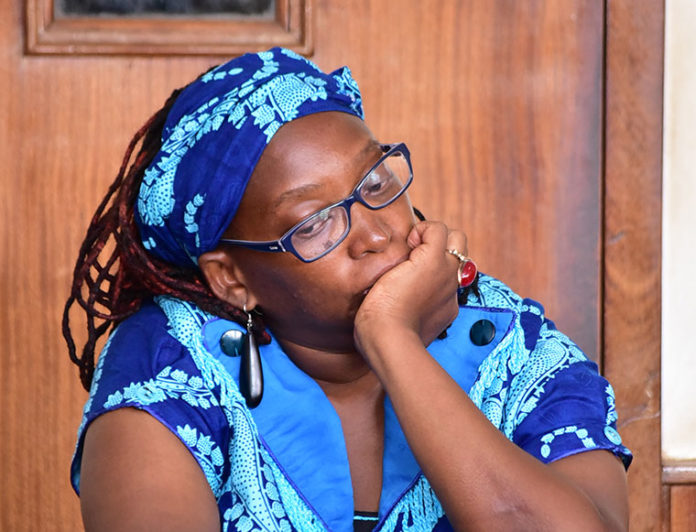 Embattled former Makerere University research fellow Dr Stella Nyanzi is in hot soup after his lawyer failed to show up at Buganda Road Magistrate’s court where she was expected to appear to face over disturbing the peace of the president, Yoweri Kaguta Museveni.

Stella Nyanzi was expected to appear in court presided over by Grade One magistrate Gladys Kamasanyu over charges of cyber harassment and offensive communication.

When Nyanzi’s file was read twice, a prisons officer Brenda Fassie Abaasa told court that Nyanzi refused to come to court because she was instructed by her lawyer Isaac Semakadde not to attend court.

Joseph Lukwago, who claims to have been representing Semakadde, told court that he didn’t show up because he is sick.

However, Kamasanyu disagreed with Lukwago. She noted that Semakadde wrote to her on Wednesday asking court to block the trial or adjourn the case until Nyanzi gets access to her personal doctor and medical records. Nyanzi recently told court that she had suffered miscarriage while in prison.

Kamasanyu directed the prisons to produce Nyanzi in court on January 31 so that the case can proceed.