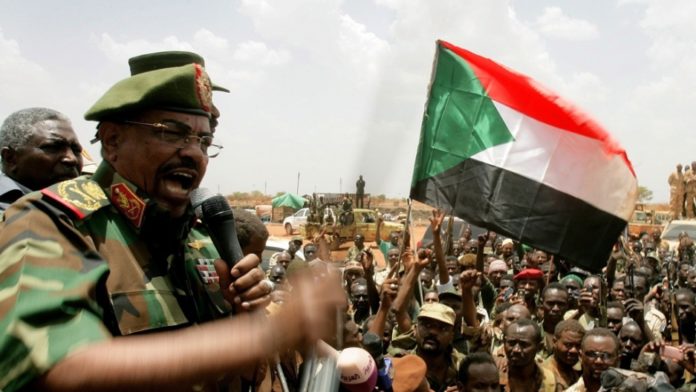 Reports from Sudan indicates that at least two people were killed and several others were injured in the largest opposition protest that took place in the Khartoum’s twin city of Omdurman, on Wednesday after security forces used tear gas and bullets to disperse demonstrators calling for the fall of the regime.

Two protesters were killed in the protests while activists released videos showing injured demonstrators some in the head and chest.

According to The Sudan Central Doctors Committee (SCDC) in a statement released late during the night, confirmed that Saleh Abdel Wahab and Mohamed al-Fateh were killed by the police bullets. Also in provided gave the names of eight people injured during Omdurman protest.

Sources indicated that when the demonstrators reached the National Assembly to hand over their call for the government to step down the police and security forces didn’t no attack them due to their large number.

The protesters who reached the parliament through different itineraries, however, were received several times tear gas fired by the riot police who attempted in vain to stop them.

Videos posted on the social media show the police fired tear gas even inside Alarbaeen Hospital.

Also, armed men in plain clothes were seen arresting demonstrators, beating them in the vehicles after confiscating their mobile phones.

According to a field report of the SCDC, security forces imposed a total siege on Omdurman Hospital before to raid the emergency department in the hospital firing tear gas and shooting live ammunition.

However, the government supporters claimed the protesters planned to control the hospital and the security forces reacted swiftly to expel them from the hospital.

However, videos circulating in the social media show the security forces in plain-clothes hunting protesters who entered the hospital to escape and firing live ammunition.

On Tuesday Human Rights Watch condemned the use of live ammunition and other forms of excessive force against protesters by the Sudanese security forces.

Until last week, the government admitted they killed 19 people, but activists say 40 people were killed up to last week. Also, according to the official statements 816 protesters have been detained besides opposition figures.

The opposition forces are planning to launch new protests this Friday and next week.