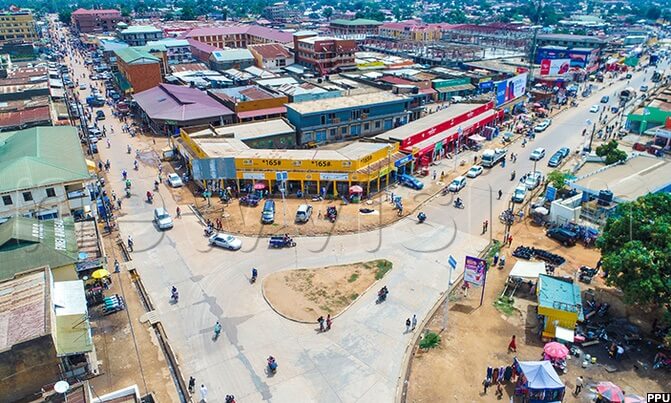 The following are ten of the most popular tourist attractions in Arua that you should not miss.

These are the main tourist attractions in Arua District. Arua is a sizable town in Uganda’s Northern Region. It is located just a few kilometers from the country’s border with the Democratic Republic of the Congo.

The town of Arua gets its name from the adjacent Arua Hill, and in the Lugbara language, it means “in prison,” implying that there was once a jail there. The previous West Nile Province’s capital, Arua, also served in that capacity.

In the following list, you will find a list of the top ten tourist attractions in Arua.

One of the main attractions for tourists in Arua is Arua Hill. Overlooking the town of Arua, it is a hill of historical significance that provides breathtaking views over the area’s Barifa Forest and Arua town.

In Uganda’s Northern Region, a forest called Barifa Forest is located close to Arua. It reaches as far as Mvara and Muni and is situated southeast of Arua Hill.

After consultations, it may soon be degazetted to make room for the Nile Eco-City, a satellite city in the Arua Municipality, which was gazetted in 1948. Logiri, Vurra County, will be where the new forest is situated.

Due to the plentiful grass, some regions also grow a few crops and allow animals to graze. Close to the forest, you can also find the Dorcus Inzikuru Stadium, which you may get to from Muni Road or Weatherhead Park Lane. You can see the forest canopy from the vantage point on Arua Hill’s East Side.

One of Arua’s most notable sights and popular tourist destinations in the West Nile Golf Club. Weatherhead Park Lane is where it can be found. Visitors remember it for its beautiful scenery and enjoy golfing.

Arua Regional Referral Hospital also referred to as Arua Hospital, is a medical facility in the northern Ugandan town of Arua. The districts of Adjumani, Arua, Koboko, Maracha, Moyo, Nebbi, Yumbe and Zombo all refer patients to this hospital.

The Democratic Republic of the Congo and South Sudan’s border regions also refer patients to the hospital.

The general medical care provided at Arua Hospital is free of charge because it is a public hospital supported by the Uganda Ministry of Health. It belongs to Uganda’s network of thirteen (13) regional referral hospitals.

The hospital is one of the fifteen (15) internship hospitals in Uganda where recent medical school graduates from that country can complete a one-year internship under the guidance of trained specialists and consultants.

Although the hospital admits significantly more patients than its stated bed capacity of 272, the extra patients either share beds or sleep on the floor.

The factory building in Arua began rapidly around 1978 although the concept was conceived in 1972. Work was then put on hold, and the company’s founders were driven into exile as a result of instability and civil wars. Construction was resumed in 1989 and completed when Uganda experienced peace.

These falls are found on river Oluffe, which is 20km on the Arua-Koboko road. They are a natural beauty hidden in the maracha district in West Nile.

The Maracha district is working hand in hand with the Ministry of Tourism, Wildlife, and Antiquities to upgrade the falls. They were formally known as Kuru-Chai, named after Chief Adua of Maracha during colonial times.

One of the most recent developments in Arua’s entertainment area is the construction and opening of Arua Mall. Numerous stores offering the newest, name-brand electronics and clothing can be found at the mall.

The mall also has a lot of food stands and gaming opportunities. This is a great place to stop over and do some shopping before traveling to other tourist attractions in Arua.

The Ugandan city of Arua, which is part of the Ecclesiastical Province of Gulu, is home to the Roman Catholic Diocese of Arua.

Pope Benedict XVI designated the Right Reverend Sabino Ocan Odoki, Auxiliary Bishop of the Catholic Archdiocese of Gulu, as Apostolic Administrator of the Diocese of Arua in the wake of Bishop Frederick Drandua’s resignation on August 19, 2009, until a legitimate Bishop was nominated. He was made a regular Bishop on October 20, 2010.

In northeastern Uganda, there is a tiny conservation protected area called the Ajai Wildlife Reserve. It is dominated by a vast island and is encircled by savanna with trees and seasonal swamps that flood.

This game reserve lies on the western bank of the White Nile, approximately 40 km (25 mi) east of Arua District.

Along with grassy floodplains and Savannah woodland, the reserve supports about 35 kilometers of papyrus swamp.

There are several large mammals present, including the leopard, the Uganda Kob, the sitatunga, the hippo, the black-and-white colobus, and the warthog. Long-term plans are also reportedly in place to introduce southern white rhinos.

One of the largest markets in the nation, Arua City Market, was built as part of the Market and Agricultural Trade Improvement Program II project.

Arua is one of the 11 cities and towns in Uganda that benefited from the first phase of market development that was supported by a loan arrangement from the African Development Bank.

Arua town is a very important town in Uganda. Not only does it have many tourist attractions, but it’s also a base for several non-governmental organizations working in the west-Nile sub-region.

Other tourist attractions in Arua include Ombachi Memorial Monument, the Arua Public library, hotels and Restaurants in Arua, Oluko Falls, and Alikoa Pyramid among other places.

So, the next time you’re in Northern Uganda, or are headed to south Sudan, these top ten tourist attractions in Arua are the best places to visit.