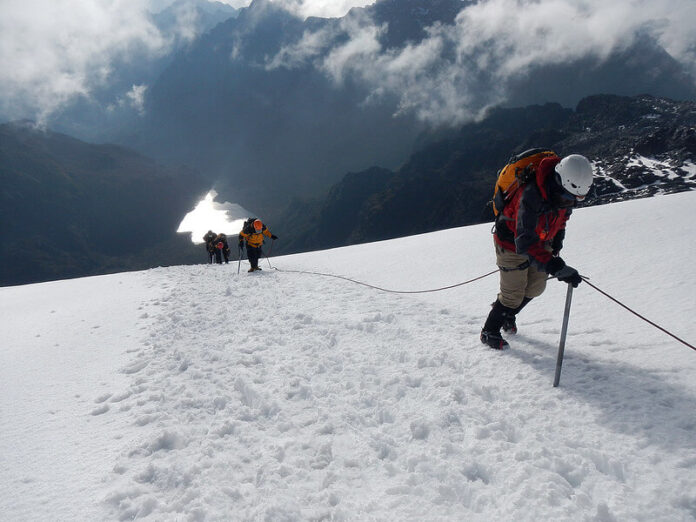 There are quite a few and interesting tourist activities around Mount Baker. This makes the whole process of finding things to do so simple.

Table of content: Activities to do around Mount Baker

There are a lot of interesting and fun tourist activities around Mount Baker, which makes finding things to do around the mountain so much easier.

Located in Uganda’s Rwenzori Mountains National Park is Mount Baker, also known as Kiyanja. Mount Baker, the sixth-highest mountain in Africa, is situated on the boundary between Uganda and the Democratic Republic of the Congo.

At 4,844 meters Edward Peak is its highest point among all peaks in the Ruwenzori Range.

Mount Baker is neighbored by Mount Stanley, and Mount Speke. Together, these three mountains form a triangle known as the upper Bujuku valley. Also, they are located in a region known as “The Mountains of the Moon.”

In 2020 however, Klaus Thymann proved that the glaciers on Mount Baker and Mount Speke were no more. He demonstrated the loss of two of Africa’s five glaciated peaks using comparison pictures.

Even with that, there are tourist activities around Mount Baker that you can do. Some are directly on the mountain and the slopes, the rest are within surrounding areas. With that said, let’s get straight into them.

Mountain climbing activities to Mount Baker are such a fascinating method to discover the various types of plants growing around. It’s also an opportunity to learn about snow lavas like Mount Stanley, and Emin, among others.

The south ridge of the peak is the first climb path and the common way to get to the summit.

Most hikers begin at the lovely Kitandara Lakes and ascend the trail to Fresh Field Pass, where it levels off. A short saddle immediately west of the ridge can be reached by continuing up the hill from this point, passing by many small ponds.

Without ever setting foot on snow or glaciers, it is now possible to reach the top by continuing upward to the west of the actual ridge line.

The nature walk can also take you to the settlements of Ruboni and Turaco View, which offer various-length guided woodland treks. As hikers trek up to 2,300m above sea level.

The route they take may also take them to the River Mubuku and fantastic views of Mount Baker and the Portal peaks. Keep your eyes peeled for spectacular views of chameleons, squirrels, vervet monkeys, stunning birds, and other creatures.

Cultural Encounter with the Bakonzo Villagers

This is a thrilling and amazing activity to take part in. Here on Mount Baker, the walk you take to the Bakozo villagers’ homes via the Rwenzori foothills will be the most awe-inspiring experience to have once in a lifetime.

You won’t regret visiting the Bakozo people if you take in one of their energetic dance performances accompanied by their lively exhilarating drumming.

Tourists can learn to cook with them, meet the blacksmith, listen to and learn about their traditions, weave baskets, and listen to their incredible stories.

Mount Baker which is found in the Mount Rwenzori area is home to about 217 bird species. Of these, 17 are indigenous to the park, making it a significant birding destination.

Fort Portal is situated near Mount Baker. Tourists can travel on a two-lane, all-tarmac highway about 320 kilometers (200 miles) west of Kampala to get there.

Sir Gerald Portal, a British Special Commissioner for Uganda, was the inspiration for the name Fort Portal, and his statue can be found on the town’s main street.

It is a significant market town that is positioned between the Rwenzori Mountains, Kibale National Park, and Queen Elizabeth National Park.

The Karambi Tombs are tombs that belong to the royal family of the Tooro Kingdom. Three Toro kings, Kyebambe Kamurasi, Olumi Kaboyo II, and Rukidi III, are buried in the tombs.

For tourists visiting Mount Baker, the Karambi tombs are one of the best places to stop by and learn about Toro culture in the western part of Uganda. These tombs also contain historical tales about the Toro kingdom.

Tourists can participate in the locals’ daily activities to feel like they belong in a true African homestead. The Toro people have very distinctive cultural values and ways of living that are very interesting.

Wildlife at the Kazinga Channel

The Kazinga Channel, a prominent feature of Queen Elizabeth National Park in Uganda, is a wide, 32 km-long natural channel that connects Lake Edward and Lake George.

The channel is home to a wide variety of animals and birds, including one of the highest concentrations of hippos and numerous Nile crocodiles in the entire world.

Lake George is a little lake that receives its water from streams that originate in the Rwenzori highlands, with an average depth of just 2.4 meters. It exits through the Kazinga Channel, which empties into Lake Edward, where water levels rarely change.

The Rwenzori Founders Art Centre is situated in the foothills of the Ugandan Rwenzori Mountains. It gives sculptors the option to use their well-equipped studio to cast their creations in bronze, which is unprecedented in this African country.

This sculpture gallery, which was built by an architect, is quickly becoming a well-liked tourist attraction, including a variety of bronzes made in the area.

Activities to do around Mount Baker include mountain climbing, bird watching, wildlife viewing, and visiting surrounding areas among other things. We hope that the activities shared can make your safari trip to Mount Baker in Uganda interesting.

Do not forget to carry a good camera so you can take pictures of the different wildlife, flora and fauna, animals, Mount Baker including other peaks.

Also, carry a water bottle if you plan on climbing the mountain. Even the toughest tourists have been challenged when climbing. With a good guide on your team and determination, you’ll be able to make it to the top.