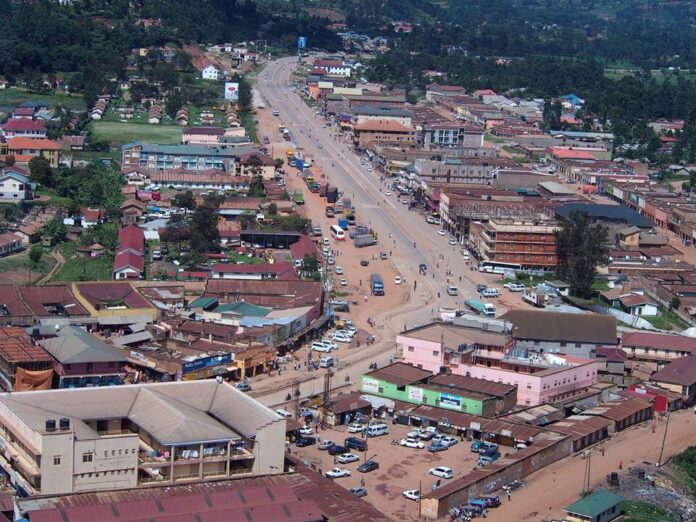 Kabale District is best known for Lake Bunyonyi and Punishment Island, two of the most popular tourist attractions there.

Table of content: What to do in Kabale District?

Kabale District is most known for Lake Bunyonyi and Punishment Island, its most well-known tourist attractions. But there is much more to the district than these two attractions.

Kabale district, located in southwestern Uganda, is a land blessed with so many beautiful places to visit. If you haven’t been there, worry not because we break down the most breathtaking tourist attractions and activities in Kabale District.

After visiting these places, your view of Uganda will be different, we can assure you. So let’s get straight into the top tourist attractions and activities in Kabale District.

Pygmies, also known as Echuya Batwa, are a vulnerable population in the Kisoro and Kabale Districts of South-Western Uganda, near the Echuya Forest Reserve. The Albertine Rift is home to the Echuya, which is a significant ecoregion.

The Democratic Republic of the Congo’s Ituri Forest is where the Batwa are thought to have migrated in pursuit of game to hunt, hence the name Kisoro, which translates as “the place occupied by game.” Small homes built mostly of sticks and grass are where the Batwa people reside.

The Batwa are generally regarded as the first inhabitants of the Great Lakes region of Central Africa. They were forest-dwelling hunter-gatherers.

The Batwa became squatters living on the periphery of society when their native forest areas and territories came under the control of agro-industries and conservation organizations.

The government was able to completely remove the Batwa from the forest in 1991 thanks to the creation of the Bwindi and Mgahinga National Parks for Mountain Gorillas.

The government and other sections of society continue to discriminate against the Batwa in Uganda on a systematic and pervasive basis, and their rights as indigenous peoples are not respected.

The Mgahinga Gorilla National Park is located between 2,227m and 4,127m above sea level. It was established, as its name implies, to safeguard the endangered golden monkey and the rare mountain gorillas that live in its extensive forests.

The park is significant not only for its wildlife but also for its cultural significance, particularly for the local Batwa Pygmies.

The “original people” of the forest were this hunter-gatherer community, and their extensive understanding of its mysteries is still unmatched.

At Lake Bunyonyi, leaving unmarried pregnant women behind on the little island of Akampene (“punishment”) was a popular treatment. Since swimming was uncommon, they would either starve to death or drown while attempting to swim to the mainland.

They were frequently saved, though, by slaves or poor men who could not afford the standard bride price but did not care about the stigma. The 1940s saw the end of the custom, probably as a result of missionaries’ influence on the Bwama and Njuyeera people.

Other methods of punishing girls in the area were worse. The option is to toss someone from a cliff at Kisiizi Falls or Nyabugoto Cave or to take them to a forest, tie them to a tree, and leave them there at the mercy of wild animals. Punishment Island was another feature of Lake Mutanda.

Later, she brought a sheep as a gift and entered her parents’ home through a side door facing backwards. The bridal price was paid when she was pardoned. The male was not punished among the Bafumbira unless her family decided to take retribution.

“Place of many small birds” or Lake Bunyonyi can be found in southwestern Uganda, close to the Rwandan border, between Kisoro and Kabale.

Although some tour operators and locals believe that it is significantly deeper, at roughly 900 m (3,000 ft), making it the second-deepest lake in Africa, scientific literature typically lists a maximum depth of 40 m (130 ft).

The terraced hills around Lake Bunyonyi are known for being green and lush and for being home to more than 200 different types of birds.

The area combines the artistic abilities of migratory and some aquatic species. It is therefore the best choice for many bird enthusiasts. Diverse and varied birds can be seen when diving into the Nyombi wetland.

The area offers further activities besides birdwatching. These include activities like boating and riding, as well as sports like swimming.

With 42 students when it first opened its doors in 2002, the university now enrols around 3500 students from all over Uganda as well as the neighbouring nations of Kenya, Tanzania, Rwanda, Burundi, the Democratic Republic of the Congo (DRC), and South Sudan.

By road, Katuna is a town located around 28 kilometres south of Kabale. The border or entry point between Rwanda and Uganda is at this location.

Although there is no bank in Katuna, there are money changers who deal in the exchange of money, possibly including Rwandan francs, US dollars, and Ugandan shillings. This is an excellent site to visit and spend an hour or two on because, at least among the attractions to visit while in Kabale, it can’t be missed.

Ihimba Hot Springs is situated in the Kabale area along the Kabale-Katuna Road, which is roughly 8 kilometres from Kabale Town Center.

Myths about the hot springs’ supernatural healing abilities to treat common aches and pains like backaches and other bodily aches surround them.

When visiting the Kabale district in western Uganda, another worthwhile day trip is The Batwa Experience, which is billed as “a hands-on, mind-opening adventure you will never forget.”

During your five-hour visit, you will learn about the Batwa pygmies of the Bwindi Impenetrable National Forest, who are being forced out of their natural habitats and are unable to live in the forest itself.

To preserve their old culture and guarantee that future generations were informed about their way of life, the Batwa themselves developed The Batwa Experience.

The fact that Kabale is incredibly heavily inhabited by the enormous apes is evident even from standing gorilla sculptures on the major roundabout as you continue your journey to Kisoro or turn to proceed to Rwanda through Katuna.

There are 60 mountain gorillas in this conservation, which is overseen by the Uganda wildlife authority.

The Bakiga Nation Festivals are held every year by the inhabitants of the Kigezi region.

The Bakiga Nation holds festivals in these streets early in the year where you can come watch them perform their cultural specialties.

The Kitagururo which is their cultural dance is well-known for its upbeat rhythm, not to mention the wholesome and popular cultural beverage Obushera, which is available in a variety of forms, such as Enturire. All of these can be experienced at the Bakiga Nation Festivals.

Lake Bunyonyi is simply too beautiful not to tour. It features breathtaking views and clean air that hasn’t been contaminated by traffic fumes and industrial emissions like the capital city.

The name Bunyonyi, which means small birds in the local language, is home to up to 200 different bird species, including herons, egrets, African Harrier Hawks, and grey-crowned cranes.

Did you enjoy reading about the tourist attractions and activities to do in Kabale District? We hope you did and plan on visiting soon.

When travelling to Kabale, we recommend carrying warm clothes because it can rain at any time, and generally, the entire place is always chilly.

Still, this shouldn’t stop you from enjoying yourself because the places listed here are among the top tourist destinations to travel to in Uganda in the Kabale region.