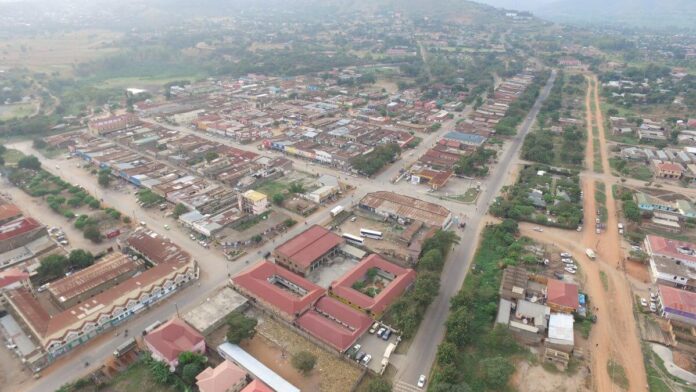 A great tourist destination in Uganda is Kasese district, which is located in the west. Here are the top 10 tourist attractions in Kasese.

Table of content: What to do and See in Kasese

It is also known for its minerals and attracts a large number of visitors, including foreigners who come for copper and cobalt mining.

Kasese is a popular destination for tourists for a variety of reasons. Others visit the location for business purposes while others go there for tourism.

There are several tourist attractions in Kasese, but the Rwenzori Mountains, the Kalinzu forest reserve, and the well-known Queen Elizabeth National Park are the most alluring places.

These are some of the tourist attractions in Kasese town, but there are more to see as well.

An often-visited savanna park in Uganda, Queen Elizabeth National Park, is also the best area to observe lions, especially the Tree Climbing Lions, making it the ideal place to visit on an Uganda Wildlife Safari.

It takes pride in having the widest range of large mammals in the nation living in its lakes, savannah grasslands, woods, and marshes, among other diverse ecosystems.

There are also boat rides, travelling in a hot air balloon, tracking chimps, and cultural tours among others.

The Kalinzu Forest Reserve is located on the Kasese-Mbarara highway. It’s also located in the Bushenyi district west of Ishaha within the Queen Elizabeth National Park boundaries.

The forest is home to 414 different species of trees, 378 different bird species, and six distinct primate species, including chimpanzees, blue monkeys, vervet monkeys, black and white colobus monkeys, and butterflies, as well as flowers and reptiles.

In the Rwenzori mountains, there is a national park called the Rwenzori Mountains National Park. The park is famed for having Margherita Peak, the third-highest mountain in Africa, and is situated in southwest Uganda.

Southwest Uganda’s Rwenzori Mountains National Park, which was established in 1991, was designated a UNESCO World Heritage Site in 1994 and a Ramsaar Site in 2008.

The majority of this park’s visitors come for safaris, mountaineering, trekking, hiking, and ascents of Margherita.

The channel is home to a wide variety of animals and birds, including one of the highest concentrations of hippos and numerous Nile crocodiles in the entire world.

The Rwenzori mountains’ streams feed Lake George, a little lake with an average depth of around 2.4 meters (7.9 feet). It flows into Lake Edward via the Kazinga Channel, where water levels are rather stable.

The Rwenzori Arts Centre, Sculpture Gallery, and Coffee Bar are well situated in the Rwenzori Mountains’ foothills. Only 11 kilometres from Kasese, the centre is conveniently located right off the main road connecting Queen Elizabeth National Park and Fort Portal.

The coffee bar terrace on this magnificent, award-winning complex provides a relaxing space to unwind and take in panoramic views of the Mountains of the Moon.

When you visit, you’ll be exposed to a beautiful display of works created by skilled local artisans and cast in the nearby foundry.

The production of salt is well-known at Lake Katwe. It may be found in Uganda’s southwestern Kasese District, and Queen Elizabeth National Park borders it. A volcanic eruption created this lake about 10,000 years ago.

Geographically speaking, Lake Katwe is situated inside a blast crater. In the once volcanically active region to the northeast and southeast of Lake Edward and Lake George. The majority of Uganda’s salt comes from this lake.

To produce salt, the crater ground has been separated into small ponds. The two mining activities at the lake are making rock salt and making salt. While both sexes participate in salt winning in the salt pans, only men engage in rock salt activity in the main lake.

People in the neighbourhood take salt straight from the lake to the landing place, where it is dried and sold. Traditional techniques are employed by salt miners to harvest salt.

These people nevertheless work to support themselves even if they cannot afford protective gear. You will get the opportunity to speak with salt miners and learn about their work when you visit Lake Katwe.

Uganda, the third-largest economy in the East African Community, is home to the copper and cobalt mining Kilembe Mines.

The mine is situated in Kilembe, a neighbourhood of Kasese, in the Western Region of Uganda, at the base of the Rwenzori Mountains.

With estimated quantities of copper of over 4,000,000 tonnes and an unknown amount of cobalt ore, Kilembe Mines is Uganda’s largest copper mine. Additionally, there are about 2,800 acres (1,100 hectares) of uncharted land at the location.

Ugandan cement is produced by Hima Cement Limited (HCL). It is a division of the Holcim Group, a manufacturer of building materials with headquarters in Switzerland and divisions in more than 80 nations.

The primary HCL plants are situated in Hima, a region in western Uganda’s Kasese District. To match the output from Kasese District, HCL opened a new US$40 million cement factory along the Tororo-Mbale-Soroti Road in 2018.

With the right tour operator by your side, your visit to these must-see tourist attractions in Kasese will be the best. These natural attractions are the ones that set apart the Kasese district.

The Ugandan Members of Parliament lobbied for Kasese to become a mining city. This was after it lost out on being named Uganda’s tourism city to Fort Portal since it is situated in a rich mineral region that is highly industrialized.

For anyone travelling to Uganda for the first time, we highly recommend visiting Kasese town.