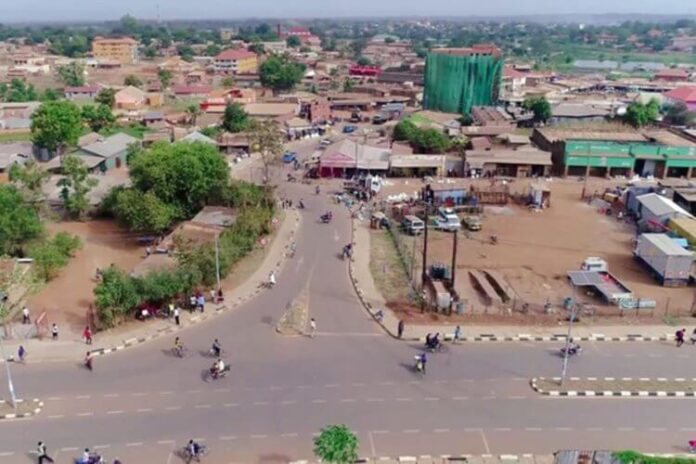 These are the top 10 tourist attractions in Lira that you shouldn’t miss. If this city is on your itinerary, you won’t be disappointed.

These are the ten places you must visit in Lira. At the time of independence, the Lira district was a part of the Lango District, which also included the Apac and Lira districts that exist today.

In 1974, the districts of West Lango and East Lango were created under the provincial administration. East Lango was renamed Lira District in 1980.

Although Lira may not be as well-known as other Ugandan cities such as Jinja, Mbarara, and Kampala, it has quite several beautiful and historical locations that you may visit. Lira is a new, smaller, and lovely tourist spot that is well worth a trip.

You might be shocked by some of the unusual activities and locations you can discover in this underexplored location. Continue reading if you intend to travel to Uganda for a safari but are unsure whether you should visit Lira.

Take a look at our list of the top 10 tourist attractions in Lira so you can include this city on your itinerary.

To get to the Lira district, one has to pass Karuma Falls. One of Uganda’s most popular tourist attractions is the Victoria Nile’s raging waterfalls.

The stones that split the river’s flow are referred to as the Karuma Falls locally since it is thought that Karuma, a particular great spirit, placed them there.

It takes one hour to go from the Gulu district in northwest Uganda to the magnificent Karuma Falls, which are located on the eastern edge of Uganda’s largest reserve, Murchison Falls National Park.

The falls are situated 110 kilometers northeast of Masindi Town and 70 kilometers south of Gulu Town, where the Masindi-Gulu Road crosses the River Nile. The Karuma Bridge, constructed in 1963 to aid cotton producers in the west Nile, connects the two districts.

Due to the Lords Resistance Army (LRA) rebel raids, the falls were designated as a risk area. The rebels used to ambush buses and cars traveling in both directions while hiding in the bushes.

But now that the rebels were forced by the Ugandan army into the forests of the Democratic Republic of the Congo in 2007, it is secure.

Uganda’s Lira University (LU) is one of eleven public universities and colleges in the nation that grant degrees. It is located on Lira–Kamdini Road.

The Uganda Ministry of Education upgraded the college to a university in June 2015, with effect for the 2016–17 academic year, which started in August 2016.

All Saints Institution is a private university in Uganda with the full name All Saints University Lango (ASUL).

The Church of Uganda’s Lango Diocese established ASUL in 2008. Despite being a Christian institution with Christian founders and administrators, it accepts students regardless of their race, religion, or nationality.

Admission began in January 2009 with the admission of the first batch of 90 undergraduates. The University’s classes are UNCHE-accredited.

Tourists are permitted to visit the schools provided they comply with the school rules in place.

Lira Regional Referral Hospital, sometimes referred to as Lira Hospital, is a medical facility located in Lira, in Uganda’s Northern Region. It serves the districts of Amolatar, Apac, Dokolo, Lira, Kole, and Oyam as referral hospitals.

The general medical care provided at Lira Hospital is free of charge because it is a public hospital supported by the Uganda Ministry of Health.

The hospital is recognized as one of Uganda’s internship facilities, allowing graduates of Ugandan medical schools to complete a one-year internship under the guidance of qualified doctors and specialists.

The city of Lira is one of the simplest cities in Uganda. It is located in Uganda’s northern region. It serves as Lira District’s primary municipal, administrative, and commercial hub.

During the Uganda-Tanzania War, Lira was one of the final towns in Uganda still controlled by Idi Amin’s supporters. People’s Defence Force’s 201st Brigade and the Uganda National Liberation Front’s Kikosi Maalum attacked Lira on 15 May 1979.

The city of Lira is served by a station on the Uganda Railways network, as well as Lira Airport, a public airport operated by the Civil Aviation Authority of Uganda.

Also, concerning powering up the city, under the direction of German company Intec Gopa International Energy Consultants GmbH, a 132-kilovolt electrical line stretching 80 kilometers (50 miles) from the Karuma Power Station to a substation in Lira is being built.

In Agweng Sub County, Lira District, the scene of the Barlonyo Massacre will become a popular tourist destination. One of the largest internally displaced peoples’ camps was housed in Barlonyo, a town in northern Uganda 26 kilometers north of the Lira district, in the quiet River Moroto area.

The Lord’s Resistance Army (LRA), a rebel group that fought for more than two decades in northern Uganda, left behind horrifying memories of the largest single atrocities ever carried out there in the tranquil backdrop of the region.

According to reports, on the afternoon of February 21, 2004, the rebels commanded by Okot Odiambo, who was at the time the LRA Commander Joseph Kony’s deputy, ruthlessly murdered more than 300 people over three hours.

They were shot as they fled, burned alive inside their huts, attacked with machetes, knives, and sticks, and clubbed with sticks.

The rebels reportedly cut open pregnant women’s bellies and threw the fetus into the flames while being told to destroy every living thing.

Those who became weary of traveling through the jungle were shot and left behind. A monument and mass grave marks the location where the enormous camp once stood.

Got Ngetta is tucked away on a rocky outskirt of Lira town and is quite the sight. It’s represented by a stunning solid rock towering 4,500 feet above sea level.

According to legend, the present-day tribes of Teso, Karamojong, Acholi, Langi, Kumam, and Japhadola all belonged to the Langi tribe in the sixteenth century.

Although many will argue to the contrary, there is some truth to the mythology. Because Ngetta Zone served as their residence.

It is stated that this community awoke one historic morning to the sight of a menacing Rock that had erected itself in the middle of their settlement. It was made up of numerous pieces that had faces that remarkably resembled horrible beasts.

No herbs, herbalists, or witch doctors could move it. And, get this, neither could they give a satisfactory account of why it had landed in their community.

Many couldn’t help it conclude it was a fragment of the biggest rock in the skies which had broken off. They broke up and went their separate ways because they believed that the falling of this feature was a bad sign for their nation.

Hotels and lodges in the Lira District

You may want to find a place to stay on your trip to the Lira district. Accommodation facilities include Good news hotel, Lira Hotel, Pacific Grand Hotel, Pauline Hotel, and several others.

The settlement of Kamdini, also known as Kamdini Corder, is located in Uganda’s northern region. Kamdini is located in the Oyam District in the Lango sub-region. The closest major city, Lira, is located around 68 kilometers (42 mi) west of this location.

There are several tourist attractions in the Lira district. However, due to a lack of funding, the Lira district has been unable to redevelop important historical sites to increase tourism.

To draw tourists, the Lira district council adopted a plan to renovate various historical sites and attractions in 2012.

Ngetta Hill, where the Lango tribal community first resided after migrating from the North East, and the Barlonyo memorial site in Agweng Sub County, where over 300 villagers were slaughtered by the LRA rebels on February 21, 2004, were some of the locations slated for redevelopment.

Even still, the places we’ve listed here can be your starting point to visit when you arrive in the Lira district.