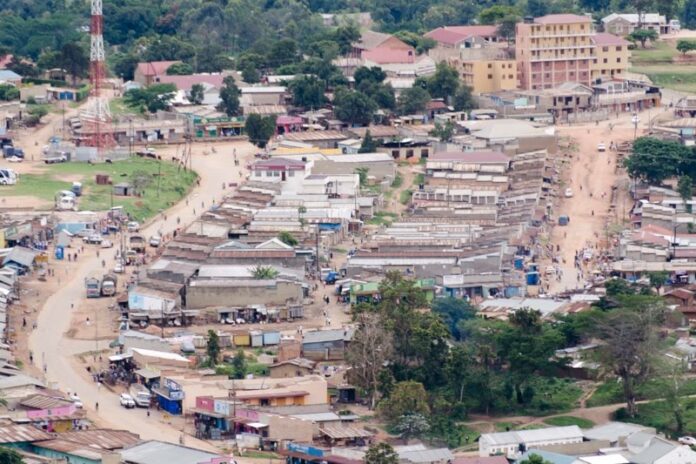 In Mubende, you will find some of Uganda’s top tourist attractions. Below are the top attractions in Mubende.

Mubende is home to some of Uganda’s top tourist attractions, and we can’t wait to share them with you.

The shrines may be found at Nnono Village, Maganga Parish, Malangala Sub-County, which is 120 kilometers away from Mubende. It is thought that Kintu, the first King of the Ganda tribe, was interred in the shrine.

Both Kintu’s grave and other graves are located at the site, which also includes a tile-roofed dwelling. The deceased Kings are said to vanish in this forest close to the temple after they pass away.

Uganda has a freshwater lake called Lake Wamala. The sitatunga is one of the animals and birds that may be found in its wetlands (“enjobe” in Luganda). For the Buganda people of Central Uganda, the lake has significant traditional and cultural value.

The districts of Mubende, Mityana, and Gomba in the Ugandan Buganda Region all share the lake.

An area of about 250 square kilometers is occupied by Lake Wamala (97 sq mi). Numerous islands, including Lwanju Island, Mabo Island, Bagwe Island, Kiraza, and Kazinga, among others, are scattered throughout.

Near the lake are several different animal species, including sitatunga, wild pigs, hippopotamus, bushbuck, waterbuck, vervet monkey, baboon, guinea fowl, and turaco. Lungfish, catfish, and tilapia are some of the existing fish species.

The Nakayima Tree is situated on Mubende hill, a hill 2 kilometers from the district office. The location is thought to have served as a fort during the Chwezi dynasty (1350-1400). Nakaima, a Princess to Ndahura, the final King of the empire, made it her formal abode.

Believers in Cwezi supernatural powers dedicated one of the trees at Nakayima’s shrine after her after it withstood colonial-era modernizations (cult).

Animal sacrifices and customary worship for prosperity and health are part of the festivities at the tree. Additionally, there are tales concerning the Bunyoro Kingdom and the Chwezi dynasty.

Over 240 circular pits can be found at the Tanda pits, also known as the Tanda Archaeological Site, which is located close to Mityana, Uganda.

They are linked to Walumbe, the main figure in Kintu’s creation myth. The embodiment of death, Walumbe, stomps on the ground to create pits for hiding when he is compelled to ascend to heaven.

By 2018, the pits were quickly developing into a renowned tourist site. It is believed that they are entrances to the land of death.

Only a few facilities are constructed to avoid harming the ecology and cultural integrity. English, French, and Swahili are among the languages that tour guides around are fluent in.

Mubende Forest Reserve is a top tourist attraction in Mubende.

The Mubende-Kyenjojo road runs through a natural tropical forest reserve that is more than 50 kilometers long.

Primates and many different species of birds are among the forest’s wildlife. Social civilization, particularly the construction of the roadway and villages, has been encroached upon by the forest.

In Kasambya Sub-County, 20 kilometers from the town of Mubende, are the Muyinayina and Butorogo rocks.

According to legend, the Kings of Bunyoro used to play the Drafts on the Muyinayina rocks (Mweso). The holes that the Draftsmen excavated in the rocks are still clearly evident.

Although the Butorogo rocks have no special cultural significance, they do offer a beautiful panorama of the environs. Locals and international non-residents who work in the area frequently camp out on the rocks.

Uganda’s Katalanga River is situated 140 kilometers west of Kampala, the nation’s capital, in the Mubende District. The watershed of the Nile River is part of Katalanga.

Mubende district is a region in central Uganda just waiting to be visited. It could be your next stop after checking out tourist attractions and things to do in Kampala city.

We promise you that you’ll be amazed by what Mubende has to offer. It’s only one of the many places to visit on your Uganda safari.