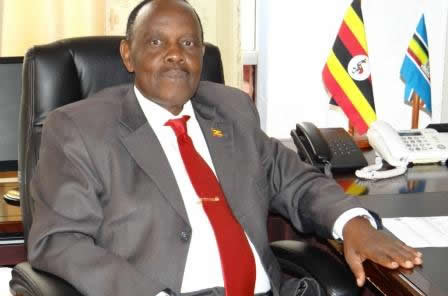 Weeks ago, Maj. Gen. Matayo Kyaligoza the Ugandan Ambassador to Burundi was recorded on video assaulting a female traffic officer which went viral on social media after a misunderstanding between Kyaligonza’s bodyguards and the police officer

Peter Otai says that on February 24 while at a Centenary Bank ATM located at KOBIL petrol station in Seeta town, he witnesses a police officer being assaulted by Kyaligonza and tried to intervene.

“As a journalist and concerned citizen, the second applicant (Otai) run to the scene and demanded to know from the first respondent (Kyaligonza) why his guards including Corporal Peter Bushindiki and Priv. Robert Okurut were assaulting a female police officer on duty. At the same time, he begun taking photos of the situation for purposes of filing a press story later about the incident,” the court documents read.

“No sooner had he started taking photos, than Kyaligonza and his bodyguards pounced and beat him.”

“As a diplomat, Kyaligonza is especially charged with advancing Uganda’s foreign policy objectives including respect for international law regarding human rights in general and press freedoms in particular but he fell short of this.”

Otai adds, “If this court does not check on the excesses of the state and individual security operatives, I and other journalists risk losing their lives, jobs and careers at the hands of those ought to protect them.”

According to Otai, the beating infringed on his constitutional rights both as a journalist and as a citizen and also undermines the independence of the media.

“The respondents are commanded by Article 202 and 212 of the 1995 constitution to observe, respect, uphold, protect and promote fundamental human rights and freedoms but their impugned actions fell short of the said obligations,” the journalist says in a suit in which the Attorney General is part of the respondents.

Otai now wants to declare the actions by Kyaligonza that included physically and verbally assaulting while executing his journalistic work infringed his rights.