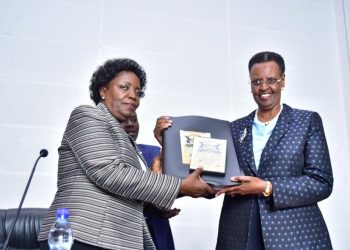 Yesterday the Ministry of Education and Sports released results of O level students who sat for UCE exams in 2018 and confirmed that results of 1800 students were withheld over allegations of malpractices.

The results also indicated that boys outshined girls in performance where 10.2% of the boys passed in division one, compared to 6.6% for the girls whereas in the second division, 18.1% (boys) passed compared to 13.9% for the girls.

The female candidates however performed better than their male counterparts in English language despite being outshined in all other entry subjects.

The UNEB Executive Secretary, Dan Odongo reported that there was overall improvement in English, Christian Religious Education and Physics whereas there was also improvement at distinction level for Mathematics and Biology.

The results also indicated that there was an increase in the number of candidates to 330,721 compared to 320119 the previous year in 2017 indicating an increase by 3.2%.

The results indicated that the biggest number of students, 137,058(54%) passed in division four.

It should be remembered that boys also defeated girls after the release of Primary Leaving Examinations which were released earlier this year.

At Flash Uganda Media we congratulate all S4 candidates who excelled in their exams.