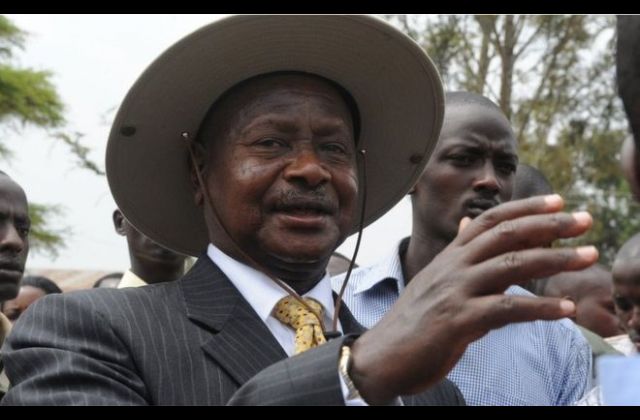 President Yoweri Museveni also added, “Quite a number of them will appear in court soon. In the process, one of them, by the names of Kateregga Abdu, was shot and later died of his injuries

It turns out that Kateregga was one of the ADF terrorists that had benefited from Amnesty in the past. This, therefore, is to put on notice all the killers that the wages of sin is death (Romans 6:23 ). Members of the public that may have some more information about this particular gang of Kateregga should inform the police.”

The operation was carried out on Friday night by operatives from the Joint Anti-Terrorism Task Force-JAT. The dead suspect was identified as Abdul Kateregga, whose body was taken to Mulago Hospital for Post Mortem.

According to the Police spokesperson Emilian Kayima, Katerega was pronounced dead on arrival at Mulago National Referral Hospital.

“In the course of arresting the nine suspects, one Katerega Abdul was injured and while he was being taken to Hospital for medical attention, he bled due to injuries sustained and was pronounced dead on arrival at Mulago National Referral Hospital,” read Kayima’s statement.

The nine arrested suspects whose identities are still being withheld have since been placed under police custody for screening and statement recording.

Kayima says that the raid followed intelligence information of a suspected terror cell in the area.

“The police and sister security agencies wish to thank members of the public that give such vital information to Security agencies so they crimes are effectively fought and wiped out,” Kayima says.

ABOUT US
Flash Uganda Media is a youth inspired online media platform designed to meet the needs of the very changing social world. We Publish all types of news ranging from Politics, Entertainment, Sports, Finance and world news.
Contact us: flashugnew[email protected]
FOLLOW US
© Designed by Flash Uganda Media 2020