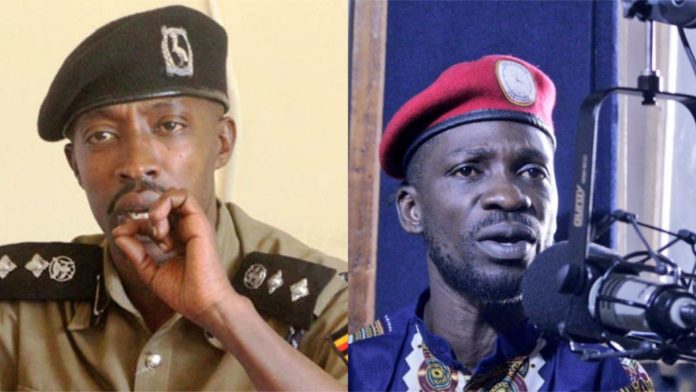 The group’s secretary general, Charles Rugumayo Wasswa, said the people of Kyadondo East and the general public are concerned about the condition of their lawmakers. “We therefore demand that in 48 hours, MP Kyagulanyi accesses proper medical attention in a known medical facility, and his family, lawyers and the public be granted unlimited access to him,” he told reporters at the UYD office in Kampala on Friday.

On Thursday, Bobi Wine’s family made a similar appeal to Government, saying they want him tried in a civilian court and be availed medical treatment.
Kyagulanyi was among dozens of suspects arrested in Arua on Monday after clashes broke out on the last day of the municipality by-election campaigns.
A vehicle on President Yoweri Museveni’s motorcade was attacked by supporters said to be of independent candidate Kassiano Wadri — the eventual winner of the 12-strong race.
The Arua Municipality seat went vacant following the murder of Ibrahim Abiriga early June.

After appearing in court in Gulu, MPs arrested during the Monday clashes were Thursday charged and sent on remand Gulu Main Prison. Kyagulanyi, who was arraigned before the General Court Martial, was remanded to Makindye Military Barracks in Kampala.

The army court charged Kyagulanyi with three counts of illegal possession of firearms and ammunition. He will remain on remand until August 23, when he is expected to return to court.

He was charged in a closed court session, with only two of his lawyers, Medard Sseggona and Asuman Basalirwa, present.

Meanwhile, UYD’s Wasswa also made a passionate appeal to Parliament to show leadership so that every nitty gritty about the life status of its members is investigated. He said this should be done publicly.